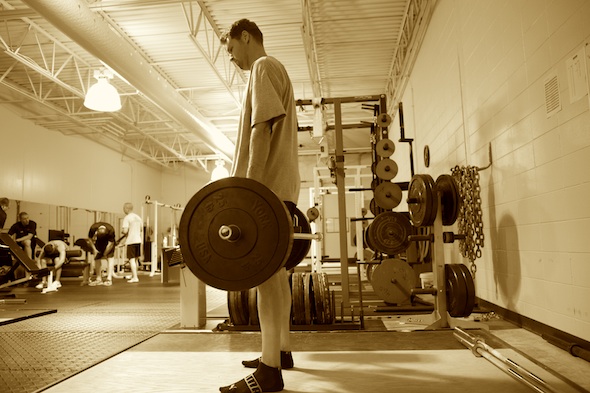 Neutral spine is a myth.

Or at least, the way we currently have this concept burned into our brains is at least a little flawed.

When you set someone up to squat or deadlift effectively, there is most definitely a “neutral” position you want them in.

I believe this is the optimal position, regardless of whether you’re training for health and longevity or maximal performance.

If you want a quick primer on what a neutral spinal alignment looks like, here goes:

But here’s the thing..

And this is especially true when examining strength/power athletes that are trying to move really heavy things, be very explosive, etc.

Let’s dig in a bit deeper, because I think this entire concept needs a bit of clarification.

Neutral Spine in a Nut Shell

The concept of neutral spine was first introduced to us by Panjabi.

Panjabi had a theory (and yes, this is paraphrased, watered down and bastardized beyond belief), that the spine has a happy, neutral position that it wants to be in. You can read all about it here.

If it’s there, or in its neutral zone, then all is well and good.

Perhaps a better way to think about it is like this:

There’s an optimal position, a neutral position, that your spine should be in to begin with.

This could also be simply defined as “good” or “optimal” posture, and it requires good alignment, balanced muscle development from front-to-back, side-to-side, etc.

But beyond that neutral position, there’s also a neutral zone.

In other words, there’s some wiggle room that your spine can move in with regards to its movement or motion, that isn’t necessarily a bad thing.

The bad mojo begins when you either:

So there’s my recap of a landmark paper in a couple of hundred words. Let’s talk brass tax…

How do we apply this to ourselves, our clients, or our athletes?

Neutral Spine and the “Corrective” Client

If you train people that need more “corrective” or rehab work, you have to be dialed in in your approach. 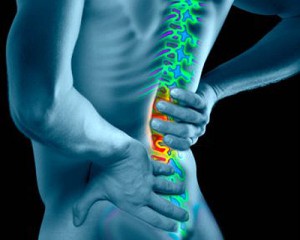 In my experience, people that are in pain (or recently coming out of pain) have to be held to stringent, damn near militant standards.

They have to get into a neutral position.

And once there, they have to actually stay there!

If you struggle getting someone into neutral spine, save yourself some time and invest $1 in a piece of PVC pipe as outlined in the above neutral spine video.

It saves you giving them 1,001 cues, and it gives them kinesthetic feedback as well.

But here’s the rub, and where most of us go wrong…

Once you get them to neutral, you have to actually keep them in neutral!

A great example would be performing a simple, low-level exercise like a birddog.

You can do all the hard work getting them into that neutral position, and then totally lose the effectiveness of the exercise if you let them lose it!

Again, if neutral is a “zone” versus one static position, there may be a little variance in their posture or position.

But again, that’s a very narrow window when working with someone that is in, or has recently been in, pain.

The name of the game with this client is stability and control. Put them into your exercise progression (or regression) of choice, and then make sure they are rock solid and stable there.

Here are two pro-tips I always arm new coaches and interns with when they start training clients at IFAST:

Following these two rules, you can often get people into neutral and keep them there on virtually every exercise.

But failure to adhere to these two simple rules can get even the best coach or trainer trouble.

So that covers one end of the spectrum. Now let’s look at the opposite end, and what I really want to talk about today.

Neutral Spine and the Performance Athlete

Someone wants to chime in with their .02, noting that the spine invariably moves to some extent on a maximal deadlift.

And I’m not going to lie, this can be hard to argue.

After all, there are some super strong deadlifters out there that use what I consider to be far less than optimal technique.

And to make my case even more challenging to argue, there are guys that lift this way and have never had a major injury (at least to our knowledge).

So if you’re like me and you feel a more neutral spine position is optimal for not only health and performance, how do we argue our point? 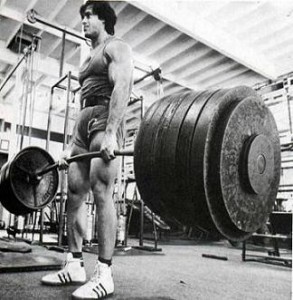 First and foremost, neutral spine is not a position that our spine starts in and stays in throughout the course of the lift.

If you watch any maximal effort deadlift, the spine will move to some degree.

If the athlete in question uses a very back dominant deadlift technique, there’s going to be quite a bit of motion.

And sometimes, if it’s a more hip/thigh dominant approach, the movement is going to be more subtle.

But in all these cases, I would say that most good deadlifters, on most of their lifts, stay within their neutral zone.

And if they do leave that neutral zone, it’s for the sake of a maximal effort lift or personal record.

Which brings me to my next point, the difference between “happy spine optimal” and “I’m not blowing a disc” optimal.

Dr. Stuart McGill has talked about this extensively, but perhaps the most injurious position for our spine is end-range spinal flexion.

If we go back to Panjabi, he’s talking about what I’d call “happy spine optimal.” If you want your spine to be happy, and your goal isn’t to break World Records in the deadlift, this is where you need to spend at 99.9% of your training time (and waking life).

On the other hand, if your goal IS to break World Records, or to be the absolute strongest beast in your gym, there’s going to be a little risk involved.

The key here is to at least stay in that “I’m not going to blow a disc” optimal range. Most deadlifters intuitively know where this is, and they’re smart and simply drop the weight when they get out of position.

If you’re not experienced, or not pulling at least 2x bodyweight, don’t even consider doing a full-blown round back deadlift.

Last but not least, you have what I consider to be the N=1 crowd.

And unfortunately, most of us know someone like this.

This is Cro-Magnon man, the guy that lifts like an absolute idiot, never gets injured, and is super strong to boot.

I hate this guy, because he’s also (invariably) the loudest mouth in the gym as well.

Look, this guy isn’t normal. His spine, his psyche, whatever, he is different and not like us.

He can get away with anything and life to tell about it.

While we can look on in awe, that doesn’t mean we need to take his training advice.

To recap, think of neutral spine as a continuum:

Our ideal starting point is a neutral spinal position. This is determined by our static alignment, and gives us the most wiggle room for both performance and health.

The next stop is our neutral zone. This is a range of postures and positions where our spine can hang out or “stray”, but still be relatively healthy and safe.

Moving forward we have the “I’m not blowing a disc” range. This is definitely gray area, as there’s an increased risk of injury. If your goal is to move maximal weights you’ll have to go here from time to time, but I’d highly suggest minimizing total volume and being smart about this kind of training.

Last but not least, we have that zone where our spine simply says “Eff You Pal!”

Enter at your own risk.

So there’s my .02 on the topic. Neutral spine is a position, but when training clients and athletes we need to be more focused on keeping them within their neutral zone.