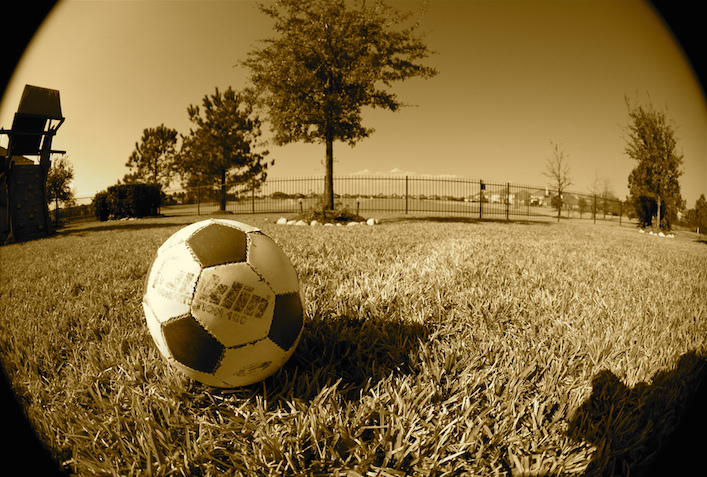 A few weeks back, US Men’s National Team coach Juergen Klinsmann stirred the pot with regards to his thoughts on the fitness of US soccer players.

Furthermore, he stated that the MLS season should be lengthened to 11 months, following the approach that many clubs around the world use.

This obviously leads to a ton of questions:

Let’s start with the first topic – is more soccer the answer?

How Long Should the Competitive Season Be?

In my opinion, the MLS season is already long enough.

These guys are playing 9 months out of the year, and often 10-10.5 months if they are making it to the playoffs.

With this long of a season, you already see decrements in performance (i.e. power, strength, lean body mass, etc.) over the course of the competition year.

In my opinion, breaks are necessary.

If you look at the NBA as a model, they are trying to modify their schedule to put a better, more consistent product on the court night-in and night-out.

Fewer back to back games.

Rather than lengthening the competitive season, I think a superior approach would be to become more regimented and focused during the off-season, and this part falls squarely on the athletes.

I’ve been lucky working with guys like Danny O’Rourke, Chad Marshall, and Eriq Zavaleta over the years. When these guys have taken their requisite time off after the season, they’re at IFAST ready to start training.

This is what a professional does – you don’t prepare yourself when you report to camp.

You prepare yourself once you’re healed up and mentally/physically ready to train again.

As Dave Tenney points out in our podcast together, if you sit around and do nothing for six weeks, then absolutely, you’re going to be deconditioned when you come into camp.

My focus as a coach is to use the off-season to focus on biomotor abilities that are difficult to develop during the competitive season (speed/strength/power), and then slowly build up aerobic fitness from there.

In other words, I don’t want (or need!), an athlete in peak shape when they report to camp. If I’m putting all the emphasis on aerobic fitness in the off-season, then I’m taking valuable time away from making that athlete faster, stronger or more explosive.

Instead, my goal is to get an athlete into what I call “striking distance” with regards to their fitness, and here’s how I define that:

This may seem strange at first glance, but keep in mind, I’m planning on an athlete being a monster for the entire season – not just the first 2-3 months.

What Ramifications Would You See in a Longer Season?

Many years ago, I was working with one of my very wealthy in-home clients. There were remodeling their house at the time, and we started discussing the changes they would make in the remodel.

Now this guy was pretty smart when it came to construction, and a point he made to me stuck out:

“You can do just about anything. Hell, you can put a bathtub on your roof if you really want to, but there will be a cost in doing that.”

What would the cost be to the athletes if they have to play a longer competitive season?

Here are at least two things you’d have to factor in.

The off-season is the time to get a player stronger or more powerful.

Unless an athlete is still developing, or woefully deconditioned, this simply isn’t going to happen during a 9, 10 or 11 month competitive season.

My analogy to my athletes it that I’m trying to take a rope (i.e. their strength and power) and give them as much rope as possible during the off-season.

Then, the goal during the season is to take that rope, tie a knot, and hold on for dear life!

If they can maintain the bulk of their strength/power improvements during the course of the competitive season, I know I’m going to have a better starting point when they return for the following off-season.

Since we haven’t had an 11-month MLS season (yet), let’s look at what happens to other high-level athletes when they increase their mileage by competing on a more year-round basis.

An obvious example here would be the US Men’s National Basketball team. Guys like LeBron James and Kevin Durant have been playing full NBA schedules, plus taking on national team duties in the summer/off-season.

USA basketball doesn’t make them commit to every single off-season, but the writing is still on the wall.

Many who follow James say he’s starting to lose a step at age 30. That’s to be expected, but has playing a year-round schedule worn him down sooner than expected?

The same could be said of Durant, at an even younger age. While he hasn’t necessarily lost his power or explosiveness, the wear and tear can be seen from an injury perspective.

Now I’m realistic, and there’s definitely a trade off here: If you get to put on the red, white and blue, is that a sacrifice you make?

I think for most athletes, the answer is a resounding yes.

But can we say the same thing about suiting up for your club for 11 months straight?

There’s no right answer here, but it’s definitely something to think about and consider. I’m not sure the answer is playing a longer competitive season, especially if we want to see the best out of our athletes.

Are US Soccer Players Out of Shape?

Here’s where the rubber hits the road – are US soccer players really out of shape?

Or does Coach Klinsmann have too strong of an emphasis on fitness in his camps?

The quote from Klinsmann came in January, when the National Team had a camp prior to a series of international friendlies.

With the MLS competition calendar as it currently stands, many of the athletes participating in the National Team camp (i.e. Clint Dempsey, Brad Evans, Gyasi Zardes, etc.) had only been out of season for 5-6 weeks!

So with all due respect, I understand they want/need to have them in shape to play in these games – but these are friendlies, after all. They’re not prepping for the World Cup, and there’s another 9+ month long MLS season right around the corner for these guys.

What I’d be more worried about isn’t the professional/high-level MLS athlete, but rather the development of our younger soccer players as they come up through the ranks.

What I’m seeing more and more often is a ridiculous focus on “fitness” of only the high-intensity variety.

High-intensity training is the top of your energy system pyramid. It’s literally the last thing you should train, and only after you’ve built the aerobic base to support it.

(Side note: At the end I’m going to post some previous articles on energy systems training. If you’re a coach of any team sport athlete and haven’t read this yet, please make sure you do!)

Unfortunately, many coaches are assessing their younger athletes with repeat 120 tests, cone drills, etc., that place massive demands on the anaerobic/glycolytic energy system.

What this does is create athletes that can go for very short periods of time at a very high work rate, but don’t have the ability to create energy for a 90+ minute match.

Furthermore, depending on the age of the athlete, this high-intensity training can create morphological changes in the heart, which will impact the efficiency of the aerobic system for the rest of their life!

Instead, the emphasis should be placed on developing the alactic and aerobic systems, which gives you the best of both worlds.

You have the alactic system to create energy for short bursts/periods of time, while you have the aerobic system underneath to support energy production and allow for recovery between periods of high-intensity work.

I think it’s easy to knock someone for not being “fit,” but the goal instead should be to assess them appropriately to determine their fitness needs.

From there, you can develop an individualized fitness plan that will give your athletes the best chance for success.

If you’re a soccer afficionado and read all this, I hope you enjoyed it. In my opinion, the MLS season is already long enough, and extending the season is not the answer.

But if you’re a strength and conditioning or physical preparation coach working with younger athletes, what can we learn from this?

As coaches, we need to assess the energy system development of our soccer players, and create individualized fitness programs that give them the best possible chance for success.

Quite frankly, a one-size-fits-all approach won’t cut it.

From there, our goal should be to educate our athletes to make sure they understand why off-season training is important, and highlight our specific goals and foci.

If we combine better assessments with individualized programs and improved adherence, then we can quite literally build better soccer players from the youth ranks up.

P.S. – Here are the articles on energy systems training that I think you’ll enjoy: