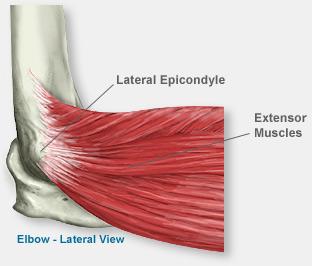 I’m going to start a new feature section for the blog that I think you’re really going to enjoy.

I know many of you are interested in what we are doing that gets results.  As such, I’m going to start writing up case studies of clients in our gym that had great success with our training programs.

Today, we’re going to start with SG, who was suffering from a severe case of lateral epicondylitis, or tennis elbow.  The symptoms came on extremely rapidly, and seemed to intensify as we increased the intensity of his powerlifiting-focused program.

We began by attempting to spread his workouts out over the course of the week.  Due to his college schedule, he was training M-T-Th-F, and he was bench pressing the day after his squatting session.

However, even after spreading out his training sessions, he was still suffering from pain, and it was in fact getting worse.  At one point, he stated that his elbow pain was actually a 9/10.

To make this easy to follow, I’m going to break this down into three sections:

To free up and loosen the damaged tissue itself, we had Bill perform ART.  Bill also showed SG how to perform low-level soft-tissue work on himself using gua sha tools.

We also performed isolated strengthening for the wrist extensors.  Wrist extension strength was very poor – initially 2 sets of 15 repetitions was very difficult, even using 2.5 pounds of weight each hand.

Moving up the kinetic chain, we wanted to evaluate the gleno-humeral joint, thoracic spine, and cervical spine to note any influences they might be having on elbow function.  Here’s what we found:

–  Thoracic spine alignment was still slightly kyphotic, although this is something we’d consistently addressed for the 4 months that SG has come into the gym.  Regardless, t-spine extension and rotation were still limited to some degree.  This was addressed via foam rolling for the upper back, as well as mobility drills that emphasized t-spine extension, and extension with rotation.

–  Gleno-humeral joint ROM was limited as well.  To improve total motion (especially w/regards to rotation), we incorporated soft-tissue work via a lacrosse ball to the posterior shoulder capsule and rotator cuff, along with sleeper stretches and dumbbell fly EQI’s post-workout.

–  Finally, cervical spine motion was extremely limited, with SG only displaying about 10 degrees of lateral flexion initially.  This was addressed via old-school static stretching, as well as a neural stretch that incorporated laterally flexing the c-spine away from the stretched side, internally rotating the shoulder, extending the elbow, and flexing the wrist.  (Pictured below). 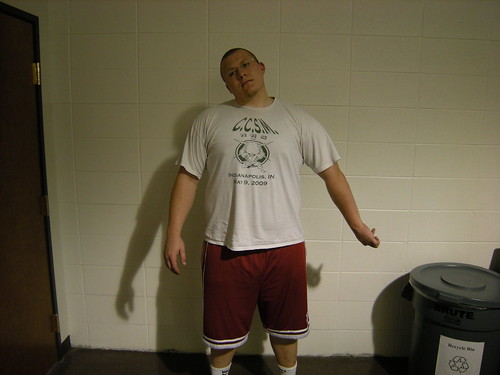 While incorporating the above protocol, we also evaluated SG’s bench press technique, as bench pressing seemed to cause the most trouble.  He was very restricted through his thoracic spine, so we really put an emphasis on loosening this up both in his warm-ups and workouts, as well as setting his t-spine in extension when bench pressing.

Along these same lines, SG had a tendency to collapse into wrist hyper-extension when bench pressing as well.  I believe this was a major issue, because once we corrected this via cuing his symptoms improved quite rapidly.

Finally, from a global programming perspective, we modified any pronated-grip movements possible (such as rows, pull-ups, etc.) and utilized a neutral grip instead.

After two weeks, pain was reduced to a 1-2 out of 10. SG has continued training, and reports he’s no longer limited by his elbows whatsoever.

While this is only one case study, hopefully it shows that a holistic and well-rounded approach can net serious improvements.

What about you all?  How have you improved the symptoms of lateral epicondylitis via training and/or interventions?