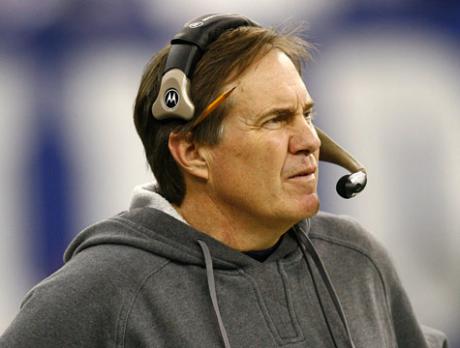 I witnessed an interesting phenomenon the other day.

It was the day after the Colts game, and my wife and I were getting some things done around the house.  We left the TV on over the course of the day, and fortunately for me, it was on Sportscenter.

Now unless you’ve been living under a rock for the past 4 days, you’ve probably seen highlights of the Colts-Pats game and the now infamous “4th and 2” call by Bill Belichick.  However, in an effort not to upset my east coast fans, this blog IS NOT about the outcome of the game.

Over the course of that day, I bet ESPN trotted out over 20 “experts” on the game of football, all of which were more than willing to give their opinion on what the “correct” call was. (They do, after all, get paid to do that.)

Many of these people actually played football, so you’re obviously going to take their opinions a little bit more seriously.

Later on, I was reading an article on the IndyStar.com website, and it was shocking how many lay people were commenting on the game.  It seems everyone on the face of the planet was more than willing to share their thoughts on the call, the game, and everything in between.

Because they aren’t “experts,” does that mean they don’t get an opinion?  Absolutely not – that would be ludicrous.

However, I can say that if it comes down to heeding the message of a pundit on a blog or forum versus someone who might actually know a thing or two about football, I know whose opinion I’m going to put more stock into.

Our profession is no different.  There are tons of different opinions as to who is right, who is wrong, what is the best methodology, etc.  I think differing and dissenting opinions is actually a good thing – even if you don’t agree with someone, it can firm up your resolve and make you even more confident that what you’re doing is optimal.  I know this has happened for me on numerous occasions.

In the case of coaching, if I need advice or insight I’m going to go to people who actually make their living coaching.  Let’s be honest, in this day and age anyone with an IP address and some web skills can build a blog, but that doesn’t mean they actually know what they are doing, let alone getting results.

If you’re just getting into the industry, read and learn from everyone.  Read books and research, attend seminars, watch DVD’s, and make it your goal to learn everything imaginable.

Take the best of the best, build it into what YOU believe to be true, and start forming your own philosophy.  I can guarantee Bill Belichick did.