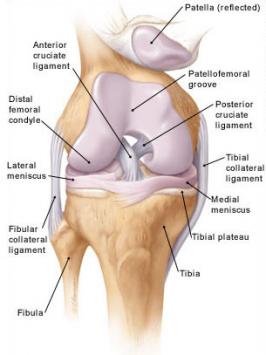 I’m a 37-year-old male that has been active all my life, but for the last few years my knees have grinding/crepitus in them with certain movements like squatting.

I’ve been to PT, which helped some, but I don’t think it ever fixed the root cause.  I don’t have much lateral tracking but I do have patellar tilt in each knee that is starting to cause the inflammation, pain, and probably cartilage damage.

I know each case is different, but have you had any success with treating this affliction.  I’ve been down so many different paths I’m hesitant to spend more money on another program that isn’t going to help.

Thanks for your question, and I totally understand your concern.

First, for those of you who may be unfamiliar, knee crepitus is simply a noise and/or vibration that occur in or around your knee joint when you flex or extend it.  Some people liken it to rice crispies in their knees.

Crepitus can occur due to actual pathologies such as a meniscus tear or arthritis/ degeneration of the patello-femoral joint, or more seemingly benign factors such as a scarred or adhered bursa or joint capsule.

Keep in mind that crepitus, in and of itself, isn’t necessarily bad.  Crepitus that isn’t associated with pain can typically be left untreated.

As you mentioned I don’t have a lot of information about you, but the following tends to work well for about 95% of the population.

1 – If you have a lateral tilt to the patella, I would work to loosen up the lateral structures such as the TFL and IT band, as well as the vastus lateralis.  The ITB connects to the lateral retinaculum, which can pull/tilt the patella laterally.  The VL is also important, because it is often adhered to the ITB, which causes further issue.

Start with foam rolling and static stretching for the TFL, IT Band, and vastus lateralis.  (There’s a free PDF of foam rolling exercises if you sign-up for my newsletter as well).

2 – While we can debate whether VMO exercises will be of benefit, I’m more concerned with fixing knee extension first and foremost.  Quite often, those with knee pain/symptoms are very stiff through their calves, so this would be another area you want to address with static stretching/foam rolling.

3 – Finally, whenever we discuss patello-femoral pain or symptoms, we have to think about the hip and its influence on the condition.  Research by Ireland and Powers have both shown that patients suffering from PFP tend to be weaker in hip motions such as hip abduction and hip external rotation.

Obviously isolated work for the hip abductors and external rotators is important, but once you have the isolated strength, you need to develop the integrated strength/stability as well.

If you’re constantly in a position of hip adduction/internal rotation, you’re going to be hard pressed to get much relief until you fix the alignment/mechanical issues.

The bottom line?  If you want to fix your knees, definitely start with the above suggestions.  However, all of this is covered (along with much, much more) in my Bulletproof Knees manual.

Regardless, best of luck with your training and let me know how it goes!