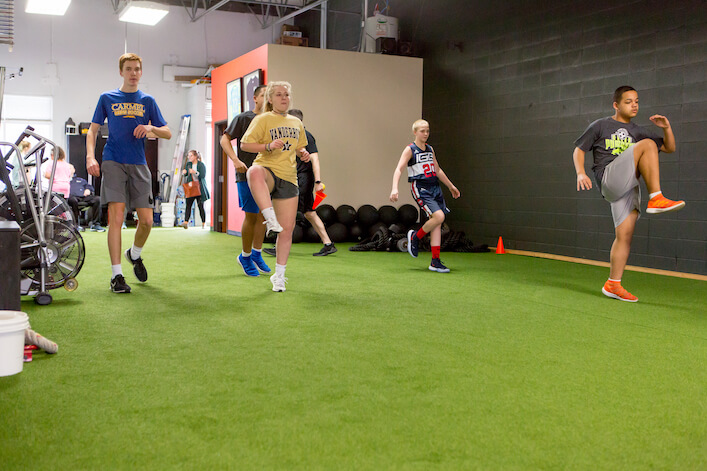 Note from MR: The following is a guest article from Boston Bruins strength coach Kevin Neeld. If you enjoy this article, I’d highly suggest picking up a copy of his new released Speed Training for Hockey book as well.

In an effort to better understand the developmental processes that lead to these types of “failures” and “successes”, researchers and applied practitioners have developed several different Long-Term Athletic Development (LTAD) models.

As an early disclaimer, I put failures and successes in quotes above because there is A LOT more value in sport than just reaching a level where you get paid to play. In fact, I would argue that the overemphasis on being “elite” in youth sports is one of the most profoundly negative trends in all of child development.

The below image offers an inclusive look at many notable LTAD principles (image from Ford et al., 2011).

Within it, there are a few important concepts that are worth pointing out:

To simplify the first point above, below are the ages at which accelerated development occurs for specific physical qualities: 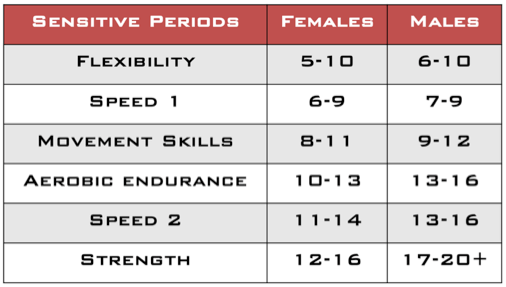 These periods are based on specific changes that occur naturally throughout development.

Run more sprints in the speed windows, do more aerobic work in the aerobic window, etc.

But there’s some missing information that is really important.

Namely, WHY do these qualities progress faster at these ages?

One of the biggest misuses of LTAD models is doing exactly what I suggested above – taking the windows of accelerated adaptation at face value, and just drilling more work for those qualities.

Here’s the thing – the accelerated development occurs naturally. There isn’t really any evidence to suggest that doing MORE of that type of work will actually lead to larger improvements.

However, understanding the underlying mechanisms causing these rapid improvements will help shed some light on which training qualities the athlete IS primed to adapt to.

Most of these adaptations can be explained by looking at the development of three (really four) systems:

You’ve probably heard at some point that it’s easier for kids to learn new languages at really young ages than it is for an adult. This is because young kids are going through rapid neurological growth that makes it easier for them to learn new information, including movement skills.

If you look back at the LTAD graph above, you’ll see PHV at the bottom. This stands for “Peak Height Velocity”, which basically means the fastest part of the growth spurt.

Regarding speed, these improvements are largely the result of structural changes – that is, longer levers cover more distance. Unfortunately, as you’ve likely seen, rapid growth spurts also come with considerable coordination challenges, at least at first. In other words, the athlete may get from point A to point B faster, but it’s not always pretty.

Lastly, at some point in the development process kids experience a significant change in their hormonal environment. This change makes it easier to develop muscle mass, and as a result, strength.

To be fair, things aren’t this simple. There is a lot of overlap between when these changes occur, and development is much more complex than what I’ve outlined above. However, the primary driving factors for the outlined changes can still be useful for guiding training decisions for athletes at different ages.

While this information is interesting, putting it into practice to enhance the athlete’s training experience and deliver better outcomes is really where the rubber meets the road. Here are 3 ways to integrate this information into your training programs:

From a psychosocial standpoint, overly structured programs can be extremely harmful to the long-term integration of training for these kids.

Keep things  interactive and fun. Fun for them; fun for the coach.

All of these activities can  use varied constraints to help keep it fun, but also challenge different movement strategies.

For example, relay races could be performed using a variety of movement patterns (e.g. split the distance or reps between shuffling, single-leg hopping, bear crawling, and running).

#2 – During periods of rapid growth (typically starting around age 12), slow things down to speed things up.

This is a turbulent time for kids.

I liken it to waking up one morning and having to go through your day wearing shoes with a 6” block underneath.

Everything about the athlete’s movement needs to be reorganized based on a rapidly changing environment and feedback from joints/muscles.

Speed increases naturally because of the structural changes referenced above, but improving strength, end-range control and overall coordination will help facilitate larger improvements.

It may seem logical to take advantage of hormonal changes to put on muscle mass, and for many athletes, this may be appropriate.

However, remember that these hormonal changes are naturally occurring. Athletes are likely to put on some muscle mass anyway, with or without hypertrophy-focused training, and as many team sports have shifted toward prioritizing elite speed (and skill), maximizing weight gain shouldn’t be the goal.

This is the perfect time, though, to start to ramp up intensity with sprinting, more  advanced plyometrics, and heavier resistance training.

Because the overall output in these exercises will be higher, there should also be longer rest periods between sprint repeats, and sets of power and strength exercises.

In general, the focus should be on quality, maximal effort reps, with enough rest to minimize  drop-off.

Understanding the development process can help athletes maximize the improvement of specific qualities during periods of time when their bodies are primed to adapt. Speed development isn’t as simple as just running sprints, so having an appreciation for why physical qualities adapt an accelerated rate will help coaches understand which qualities to prioritize during different stages to support maximal training progress. 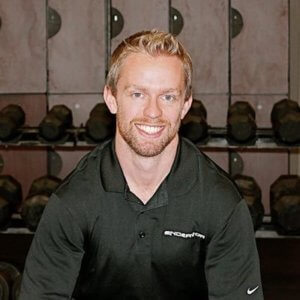 Kevin Neeld is the Head Performance Coach for the Boston Bruins, where he oversees all aspects of designing and implementing the team’s performance training program, as well as monitoring the players’ performance, workload, and recovery.

Prior to Boston, Kevin spent two years as an Assistant Strength and Conditioning Coach for the San Jose Sharks, after serving as the director of a private sports performance facility in New Jersey for seven years. Kevin also worked as a strength and conditioning coach with the U.S. Women’s Olympic Ice Hockey Team for five years.

Speed Training for Hockey is a 150-page book that dissects all aspects of speed development for ice hockey players, written in language that can be easily understood by hockey coaches, players, and parents. It includes three 12-week training programs for players in the U-14, 14-18, and 18+ age groups, and a video database of all the exercises included in the programs.