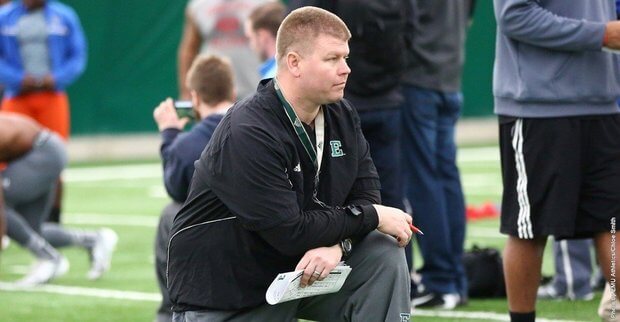 Ron McKeefery is currently the Vice President of Performance and Education for Plae Sports Performance Flooring, but he’s been a physical preparation coach for the past 20 years. And while he’s spent time in the NFL, he’s most well known for his work in the collegiate ranks, where he’s been named a 2-time collegiate strength and conditioning coach of the year.

I originally met Ron years ago at an IYCA Summit, and we immediately hit it off. Like me, he’s incredibly passionate about coaching – but he’s also interested in using the Internet to help positively impact his fellow coaches.

In this show Ron and I talk about how a wrong turn way back in 3rd grade changed his life, the pros and cons of working in both the professional and collegiate ranks, and his advice for up and coming coaches.

Here’s an overview of what we covered in this show: