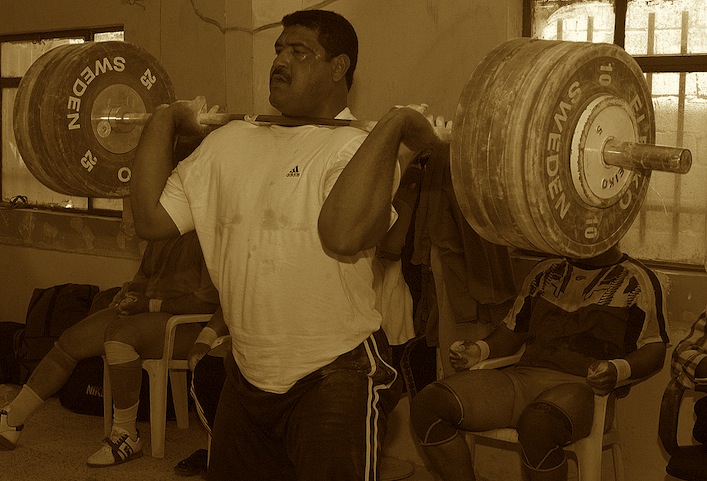 The other morning, my daughter Kendall and I were totally engrossed watching “Snow White and the Seven Dwarfs.”

Now before you start bashing me and threaten to steal away my man card, I’m going to tell you this:

Snow White is a classic.

Whether it’s the simple animation, the lovable characters or the musical score, this movie (created in 1937), has withstood the test of time.

Think about that – nearly 75 years later and Snow White is every bit as revered today as it was 30, 40, or more than 50 years ago!

Sure, we may have cooler technology and more special effects in modern cinema, but this movie is still beautiful and engaging.

So what does all this have to do with training?

Too often, we’re focused on the latest and greatest “shiny object.”

We forget about the things that not only worked then, but still work now.

In recent years, virtually every big-bang lift we do in the gym has gotten a bad rap.

Now I don’t know about you, but if I can’t do those lifts in my programs, I’m not a happy camper.

And think about all the great physiques that were built off these lifts. 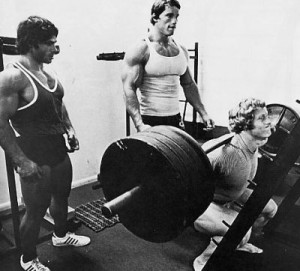 Some of the most well-developed and aesthetically pleasing physiques of all time used these lifts as the backbone of their programming.

Are they right for every person? No.

Should you use them year round? Maybe not.

But you can’t look me in the eye and tell me that a lunge or split-squat, no matter how heavy, gives you the same training effect as a heavy front or back squat.

After working with thousands (if not tens of thousands) of clients and athletes over the years, there are typically three reasons someone can’t perform one of their favorite lifts:

Let’s look at each, to see how you can get back to doing the big lifts.

This may be the biggest reason people can’t perform lifts now, that people have done with great success for decades before.

When I evaluate people these days, I see the same postural maladies time and again:

Take a step back and think about this for a minute: 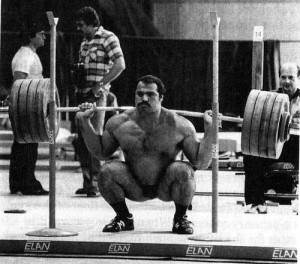 Is it really the (fill in the blank exercise) that’s the problem?

Or have our bodies, probably due to disuse, abuse and a sedentary society, changed?

Have we lost some of our natural movement ability, which is the true nature of our dysfunction?

Rather than blame exercises, I’d rather blame poor movement capacity. And when poor capacity is paired with programming of exercises that aren’t appropriate for a specific individual, you have a recipe for disaster.

Does this condemn us to a life of no squats, deadlifts, benching or overhead presses?

Instead, we need to determine our underlying dysfunctions, and address them with a comprehensive program.

Too often, people come to me and ask for a “corrective warm-up,” or something of the sort.

And while I’d love to make some extra cash, I have to turn them down.

Because while it might help a bit, it’s not what they really need. And it’s not going to give them the long-term results they want.

If you really want to clean up movement dysfunctions, you need an all-out assault.

Every single aspect of your program needs to focus on fixing the underlying issues. From there, you need to progress the program (over weeks or months), to make sure that their improved movement capacity actually sticks.

You take a month or two and get someone moving and feeling better. They are ready to take the training wheels off a bit and get back into some bigger lifts.

But instead of choosing exercises that will help cement that newly improved posture, alignment and movement capacity, they jump right back into the old program that got them in trouble in the first place.

So this one is a biggie. It’s the cornerstone of my beliefs.

If you don’t move well, you’re going to struggle (sooner or later) to perform the big lifts, with an appreciable amount of weight, without getting injured.

Once you’re moving well, that doesn’t mean you’re out of the woods, but you’re on your way.

Now it’s time to start breaking down the lifts, to make sure you’re doing them safely and effectively.

A few weeks back, Radley Haddad (a minor league ball player from the Yankees organization) was getting his squat session in at IFAST.

He was performing box squats, and he was struggling a bit with keeping his knees out.

When someone has an issue, I always make them aware of it first. If I can give them a simple cue and it fixes the problem, then we’re good to go.

“Try to keep your knees out a bit on this next set,” I told him.

So he sets up and squats again, but the issue is still there.

The problem was that he had his feet set too far apart. He was doing everything in his power to push his knees out, but he simply could not do it because of his set-up.

I could cue him until I was blue in the face, but it wouldn’t fix his problem. This wasn’t a technical issue per se, it was a set-up issue. 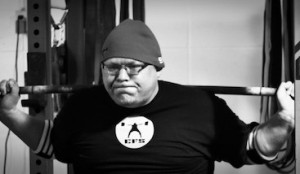 I would argue that 80% of lifts (maybe more) are decided before someone ever attempts to move the weight.

Here are some of the most prominent issues I see when setting up in the big lifts:

The set-up is the foundation for the rest of your lift. If you rush through it, or aren’t paying attention, you will not be successful.

I remember an old story that Dan John tells. Allow me to paraphrase it here.

Dan is talking to a kid. The kid tells him he can’t squat because it hurts his knees.

Dan plays along, and asks the kid to demonstrate his squat. 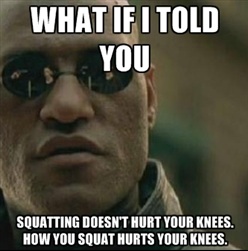 The kid folds over like an accordion – back rounded, knees caved, the whole nine years. At this point in time, Dan proceeds to tell this fine young chap:

“Squats doesn’t hurt your knees – how you squat hurts your knees!”

Let’s be honest – every single one of us can improve our technique on the big lifts. I competed in powerlifting off and on for 11 years, and every single workout I went in with a focus on improving my technique.

The best powerlifters and Olympic lifters in the world are going in every single day trying to improve their technique.

Tiger Woods, definitely the greatest golfer of our generation (and one of the very best to play the game) has totally broken down and re-developed his swing not once but twice.

At the end of the day, there’s no such things as “perfect technique” (unless you’re an Internet troll, in which case your technique is perfect, you have an Elite raw powerlifting total, and you’re less than 5% body fat year round.)

Instead, technique is a continuum (see point number four). There is good and bad, and we’re all somewhere in between.

The goal, then, is to improve technique on our big lifts each and every time we’re in the gym.

When I was competing in powerlifting, I read every article I could get my hands on that talked about technique. It’s simple really: If you don’t know what good technique looks and/or feels like, how can you hope to demonstrate it in the gym?

That’s also why I wrote the following three posts; to make sure everyone has access to information on good technique:

Once you have an idea of what good technique should look and feel like, the next step is being militant in improving it.

Nowadays, everyone has access to a cheap digital camera. Video tape all of your lifting sessions, and be militant in coaching yourself to get better.

When you combine all three factors (movement capacity, set-up, and technique), you can quickly discern why most people can’t perform their favorite lifts in the gym.

However, if you’re on the sidelines and want to get back in the game, don’t rest on your laurels – do something about it!

Work with a knowledgeable coach.

Have them assess you, and create a workout program that addresses your specific weaknesses and/or limitations.

And if you have a question you think I can help with, feel free to post it in the “Comments” section below!

P.S. – One coach that I have the utmost respect for is Eric Cressey. If bench pressing makes your shoulders cranky, EC explains why this happens, and gives you exercises to improve movement capacity through the shoulder girdle.

Basically if you’re interested in benching and keeping your shoulders healthy, watch this quick video:

Exercise Variations to Keep You Healthy while Benching