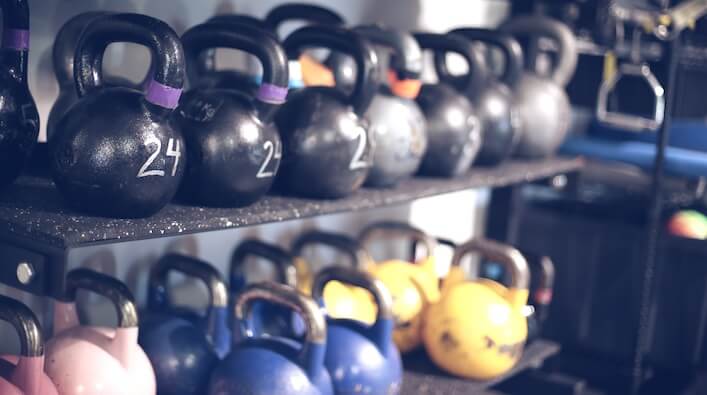 A few weeks back, someone on Instagram asked me the following question:

“Why would you want to load your quads on a squat?”

Now I did my best to contain myself, but let me tell you – it wasn’t easy.

If you want to know why squatting is a good thing, or why we should load the quads in a squat, here are just a few reasons:

If you want to run fast and jump high, then squatting and using the quads will definitely be of value.

The quads are most heavily recruited in short, accelerative sprints, as well as in vertical jump variations.

Perhaps even more importantly, learning to load the quads effectively is critical to improve force absorption as well.

Whether it’s landing from a vertical jump, loading the hips and thighs in a cut, or to “change levels” and get lower to the ground, developing the squat can help improve your performance.

Last but not least, the squat does a ton of good things for us from a movement quality perspective.

When you feel the whole foot and stay upright, you get natural dorsiflexion through the ankle. This in turn helps inhibit the gastroc, which is often a stiff muscle.

A well done squat also coordinates the hips and knees, both with regards to flexion and extension. This is something that many athletes struggle with, so improved timing and coordination is never a bad thing.

And of course, a well executed squat keeps the ribcage and pelvis facing each other. This in turn drives improved respiration, a stronger “core,” and an ability to push.

Long story short – squatting is kind of important, and something every athlete should be working on.

But now that we know the role and value of squatting, what options do we have?

When it comes to squatting, almost every strength coach is familiar with the traditional barbell front and back squat.

For many years, I relied on the back squat as the only tool in my toolbox when it came to my own training. And unfortunately, that led me down a path where I was very patterned.

My only strategy when it came to squatting was to arch hard, sit back and push my knees way out to the side. If I didn’t do this, I literally could not squat.

So a goal should be to not only teach the big-bang squatting variations, but to incorporate lower-level variations as well.

Ones that will help you build alternate strategies, and work to build a “hingy” squat (if necessary), as well as a “squatty squat.”

Here are a few of my favorite squatting variations, in no particular order.

A reaching or plate squat is my #1 teaching tool when it comes to repatterning the squat.

A very stiff or extended individual will naturally want to arch hard and extend to create stability.

My goal, then, is to teach them how to use not only their lower back but also their core for stability.

Furthermore, rather than teaching them to “sit back” to squat, I want to teach them to sit DOWN.

It’s a subtle change, but one that I feel is critically important.

The best part about this variation is that even if someone is incredibly big and stiff, you can teach them to squat with this method. You may need a ton of weight to offset their center of gravity and shift them back, but I guarantee you can make magic happen with this movement.

Some of you may look at the plate squat and think to yourself:

“No way in heeeelllllll can I do that – it would destroy my shoulders!”

And for some people, that’s absolutely the case. Holding the plate out in front of them for an extended period of time just isn’t happening.

So for any athlete that has a shoulder issue, I love the goblet squat with a heartbeat.

I first learned all of these progressions from Dan John, as the guy evidently knows a thing or two about training.

Regardless, this is performed just like a traditional goblet squat – holding the ‘bell by the horns, sitting down in between the knees, etc.

But in that bottom position, now press the ‘bell out in front of you. This will not only kick your abdominal recruitment into overdrive, but it should shift your center of gravity back a bit and allow you to squat lower.

Another one of my favorite squatting variations is an offset kettlebell front squat.

Here’s why this exercise is such a big deal:

It shifts your center of gravity from side-to-side, versus just front-to-back. First and foremost, when someone gets strong, fast and explosive, they tend to lock themselves up in the sagittal plane (i.e. driving extension).

To break this up, I’m often looking at exercises that help me control the sagittal plane, while simultaneously opening up the frontal and transverse planes of movement.

Furthermore, athletes tend to load their bodies asymmetrically. By shifting the load to one side of the body, this allows you to strengthen the abdominal wall on that side, better load the hips on that side, and ultimately, to learn how to push more symmetrically later on.

My big focus on this exercise is to focus on feeling the whole foot, regardless of which side the kettlebell is on.

In other words if the weight is on your left shoulder, you want to feel both feet throughout the movement (even though you’ll feel a bit more weight on the left side).

You had to know this was coming, right?

The 2-KB is my favorite way to load the squat early in a program. As much as I enjoy getting after it with a barbell front or back squat, or even a safety bar squat variation, I keep coming back to this one.

The 2-KB front squat is fantastic because:

Often when someone front squats for the first time, they will have a tendency to sit back versus down.

However, when you switch to the 2-KB front squat, it’s almost as if they intuitively know to sit down into the bottom of that squat.

Please don’t get me wrong – I’m all about making our athletes bigger, faster, stronger and more explosive.

And the standard squatting variations are fantastic ways to do that.

But whether it’s breaking up the monotony of training, giving an athlete more “options,” or teaching them to load their more effectively, give these squatting variations a shot.

I guarantee you’ll love one (or all) of them!