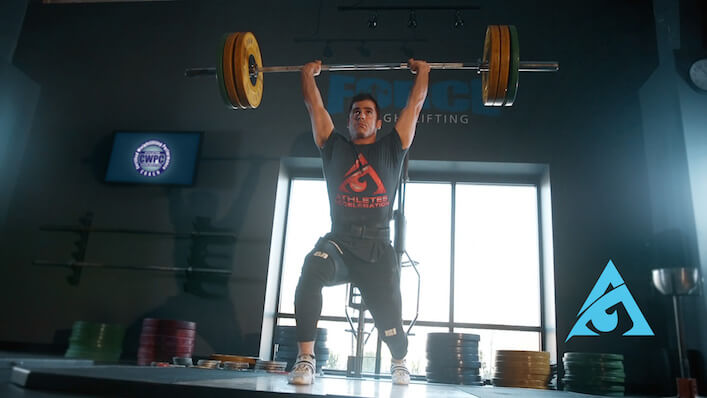 So needless to say, I’ve got quite a few irons in the fire right now.

Yesterday I had a 7-hour video shoot with STACK.com.

This week is nutty as I’ve got approximately 1,087 things going on.

And oh yeah – our Physical Preparation Summit is coming up fast.

So when Wil Fleming offered to write up a guest blog post on the mistakes coaches are making with their Olympic lifts, I jumped at the opportunity.

Wil is a guy I’ve got a great deal of respect for, and who is doing great things with his athletes.

So if you want to get better at coaching the Olympic lifts, or maybe if you’re in the camp of “they’re too hard to coach,” then take a few minutes to check out this post.

At my gym, Force Fitness and Performance, we have found our niche as a place where athletes come to get faster and more powerful.

Coaches know that a more powerful athlete is going to have higher testing measures, be more likely to be able to blow by an opponent with a quick first step, more likely to win the first 10 meters of a sprint, and be quicker to a loose ball or rebound.

These small things, all demonstrations of power, are the difference makers in the success of our athletes.

Power occurs with the optimal interplay of both force and velocity, and power development is best achieved with movements that take advantage of this.

Weightlifting movements such as the snatch, clean, and jerk, are the most dynamic movements an athlete can perform in the weight room. They occur on the force/velocity curve at the peak of power, (30-70% of max force).

As highly technical movements (in terms of what we can do in the gym), many difficulties can arise in using these lifts for a coach or athlete.

I know for a fact that I have made many of these mistakes myself, and in an effort to speed up your process of learning I want to share 5 of the top mistakes I have encountered in my almost 20 years of using weightlifting movements for sport and athletic performance.

This is the most technical mistake I am going address, so if you don’t want to get all weightlifting nerdy with me, skip ahead to number 2. Mistake number 1 is a good one to learn, but I’ll understand if you choose to skip ahead.

That phrase has been uttered in nearly every gym in America at some point.

Heck, it’s even been said in mine, but it is as misguided as it gets when it comes to weightlifting.

We will look at this from two angles, the first is the physics itself of the interaction. The second is more conceptual in nature but the description has been one of the most important concepts I have come to understand when coaching and competing in weightlifting.

Newton’s Third Law states that every action has an equal and opposite reaction. The idea here is that in any interaction there are two forces creating the movement, which essentially renders the idea of gripping and ripping useless.

When you or you or your athletes lift the bar from the platform the forces doing the actions are the muscles and structures of the body (the action) while the ground or platform is the equal and opposite reaction.

Conceptually we can think about the action of pushing and pulling.

When an athlete approaches a bar to pull it, they can become overloaded with information and questions.

The lift becomes nearly too complex to complete.

The concept of pulling on the barbell also leads to a poor motor pattern characterized by the athlete trying to use their lower back and posterior chain at the expense of lifting with the quads. (Remember, we want to finish the lift with not just the hips but the hips and the knees).

Pushing on the other hand is simple: Push the ground away, the legs extend.

Once the bar passes the knees, pushing harder and faster leads to a more vertical bar path.

As you work on your lifts or your athletes’ teach them to push, not pull.

Mistake #2 – Not Focusing on the Feet

This is the second technical point but this one is much easier to understand.

For years I have been saying that a very important technical point of weightlifting is balance of the athlete across the entire foot. Many coaches mistakenly teach athletes to have their weight at the forefoot during the pull from the ground, on the heels when the bar passes the knee, on the heels or toes during the jerk, etc, etc.

In all those cases coaches could find a simpler way.

The weight of the athlete should be across a balanced tripod foot. In fact, the best illustration of a tripod foot is right here on Robertson Training Systems. Check it out below:

Don’t believe me? This past year at the USAW national championships I ran into the coach of one of America’s only medalists and he shared with me the following story/glowing compliment of me 🙂

He said that reading my mentions of the importance of balance in my book, reminded him of a conversation he had with a long time coach of the dominant Soviet weightlifting team in the 1980’s.

The coach shared with him the secret to weightlifting:

“The athlete must remain balanced across the entire foot for the entire lift.”

(The exception being the extension at the end of the 2nd pull).

The American coach said to me, “And all this time I thought I was the only one who knew the secret!”

My experience of first learning to use the Olympic lifts happened almost 20 years ago.

As a 15 year old football player I was ready to conquer the world.

I was the strongest kid in my class but knew I could get stronger.

Walking into the weightlifting club for the first time, I was proud that I had the biggest power clean in my class (180 lbs), and was ready to show off. When I let me new coaches know about my strength they simply said “Cool, but here you’ve got to do it right”

They set out on their plan to teach me to snatch (something I had never done), and to repair my ugly power clean.

For 6 weeks I was not allowed to clean over 110 lbs as I worked towards technical proficiency. I squatted heavier than I ever had, but spent my time toiling away on the bar with light weights.

After who knows how many countless reps, they started to get pretty darn good.

After 6 weeks, I was allowed to go heavy and achieved a 135 lbs snatch and a 185lbs clean and jerk.

A 5 lbs improvement was fine, but the next 6 weeks showed that the proof was in the pudding. After qualifying for Junior nationals with the above total, I trained for 6 weeks to prepare for the meet.

At junior nationals that year, with 12 weeks of training under my belt, I achieved best lifts of 200 lbs in the snatch and 253 lbs in the clean and jerk.

From never having snatched, this was an infinite improvement, and by developing sound technique I added over 70 lbs to my clean (and added a jerk).

That kind of progress speaks for itself, but not everyone is take the time to drill technique and build a foundation first.

Mistake #4 – Not Using Each Lift as a Learning Opportunity

Every lift or rep completed is an opportunity for the coach to teach and for the athlete to learn.

As complex processes there is a ton of feedback to be learned from each individual repetition.

As maximal power movements, not taking advantage of each repetition as a teaching moment, is wasting a valuable repetition.

To simply and effectively coach your athletes, take a look at the position in which the athlete ends up when completing the lift. To easily coach the athlete look at only their feet and where they started and ended in each rep.

If the feet went forward, something in the lift was out of position and caused the athlete to lose valuable power while pursuing the bar forward.

If their feet ended too wide (think “starfish”) they were over-pulling and using the upper body too much in the lift.

For coaches out there, this can be a little different than many weight room movements.

When it comes to a lot of the big lifts, the general thought is to teach it, and then encourage it.

However with weightlifting movements, you absolutely have to teach  it, coach it, and then teach it some more.

But the results are completely worth it.

Mistake #5 – Believing They Are Hard to Teach

The common argument against incorporating weightlifting movements in your training on your athletes’ training lies somewhere in the realm of “ they’re difficult” or “ they’re dangerous.”

I heard a good coach rebut that point by saying this:

Brain surgery is difficult, war is dangerous. Weightlifting is neither of those.

Hyperbole aside, difficult and dangerous could not be further from the truth.

Weightlifting movements are quite easy to teach when you have a system for teaching the movements, and they are certainly not dangerous when the coach cares about making sure they are done right.

We have taught 1000’s of athletes to lift in my gym, and dozens of coaches including myself have been the one responsible for teaching, supervising, and correcting our athletes.

Each of these athletes was able to reap the tremendous benefits of training on the force/velocity curve at the unique intersection of speed and force that weightlifting movements occupy.

Falling prey to the mistakes above is common, and if you have, you are not alone.

Except for the last one,  I have fallen prey to each of them, at some point in my career.

I have encouraged athletes to grip and rip.

I didn’t understand the proper balance of weightlifting movements.

I wanted with all my heart to go heavy each day.

And I’ve had times where I was not focused on the information from each lift.

But here’s the thing: 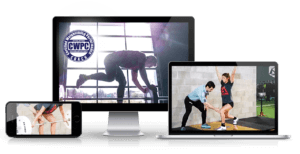 I learned from all these mistakes and wanted to share them with you today.

If you want to learn everything that I know about weightlifting, and become a better athlete or coach because of it, please consider checking out my new Certified Weightlifting Performance Coach course.

It is only open for 2 weeks, after which point in time we will close our doors to new applicants.

If you’re interested, you can find more information via the link below: