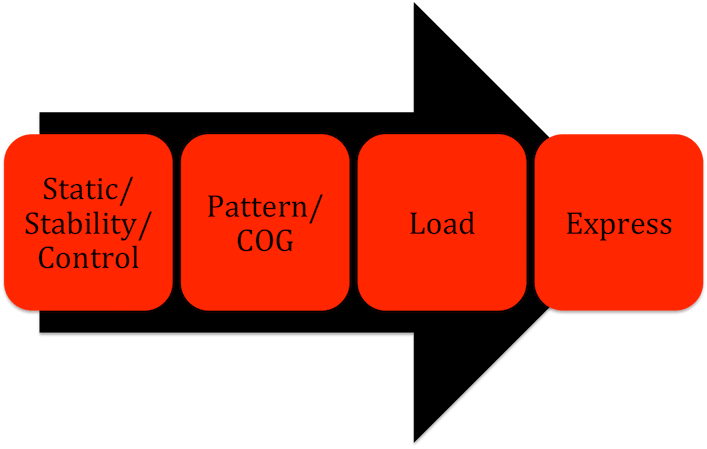 Today I’m giving you the goods.

Not that I ever really hold back, but today, I want to give you something that will make a profound impact on how you train your athletes.

The days of taking a kid and putting a bar on his back Day 1 are gone.

What he means is that the game has changed.

We know too much about movement quality, and about how to build athletes, to throw someone into the deep-end on Day 1.

Instead, we take the time to make sure our athletes move well first.

From there, we slowly build their tolerance to stress and load.

And before we throw them out on the field, court or pitch, we need to give them the capacity to be explosive and powerful.

But how on Earth do we do all this?

Today I’m going to give you a step-by-step blueprint to build better athletes.

The first step in building an athlete is getting them into the appropriate position.

What sense is there in loading a squat if the athlete can’t squat correctly?

Or building a deadlift if they can’t hinge?

I know this sounds simple, but I also think it’s something we take for granted.

So our goal is to achieve appropriate positions, but keep in mind that position may not be ideal on Day 1.

Instead, the athlete should be able to assume a position that’s in the ballpark of what you want. Or at the very least, a position that allows them to train with little to no risk of injury.

Once your athlete can get into the appropriate position, we move to step #2.

Movement in sport is not only dynamic, but chaotic as well.

And while it may sound strange, many of our athletes handle the complexities of dynamic movement poorly early-on.

If an athlete is struggling to hold position, our first strategy it to put them in static postures and positions that aren’t as challenging.

Let’s use the lunge as an example.

When I first started coaching, I put lunges in everyone athlete’s program.

What I didn’t realize was that while the exercise was fine, the athlete wasn’t yet prepared for that exercise.

In a lunge, there’s a period of time where only one foot (or reference) is on the ground.

And whenever you are reduced to one reference, there’s a premium placed on stability and control. The foot, ankle, knee, hip, pelvis and core all have to work together to stabilize and control the body.

So what do we do if someone can’t lunge?

Our first regression would be a split-squat. This way they constantly have two points of feedback/reference.

But what if they still can’t pull it off?

This is the ideal time to put them in a static posture/position.

And in times like this, I will use a half-kneeling posture to rebuild the athletes stability and control.

The great thing about half-kneeling is that you have tons of options with regards to exercise selection.

You could do you chops.

You could do lifts.

You could do cable presses.

You can do landmine work.

Again, the goal here isn’t to load up the athlete and see how much weight they can toss around with sloppy form.

Instead, the goal is to gradually build up load, while placing a premium on stability and control.

Once the athlete can control static posture, then we can move to Step #3.

Patterning is a tool I’ve used more and more in recent years.

I often see athletes that look great in a static posture or position, only to fall apart when you reintroduce gravity in an upright posture.

The most common issue I see (based on the extended posture/position we humans to), is shifting forward.

When you look at athletes from the side, it’s not uncommon to see many of these postural tendencies:

And that last one is a biggie.

When the COG gets pushed forward, it’s hard to change levels.

Like it or not, your athlete will be forced to sit back into everything, because their ankles (and by extension, dorsiflexion) will be locked up.

Quite simply, the athlete whose center of gravity is forward doesn’t have the ability to move straight down. They can’t load the hip, knee and ankle simultaneously.

You can do hip and ankle mobility drills until the cows come home, but until you fix their center of gravity, it’s not going to stick.

For athletes like this, before we load them, I want to pattern them first.

I want them to learn to feel their whole foot.

I want them to re-learn how to move through their hips, knees and ankles.

And quite simply, I want them to learn how to change levels, moving up and down efficiently.

It only makes sense that if an athlete’s COG is getting pushed forward, we want them to shift back.

To remedy this, teaching an athlete to reach, or using a tool to “pull” them forward early-on, works great.

If the athlete is very patterned, I’ll start with a “pulling” tool first. This technique is passive and allows them to more naturally get into the appropriate positions.

In this case, I love cable options.

Low cable split-squats, RDL’s, and even cable reaching squats “pull” the athlete forward. They are then forced to shift their weight back, to restore a more optimal COG.

Once an athlete better understands where their COG needs to be, I’ll add a level of complexity by making them achieve this position actively.

The best example here is the squat. If an athlete can cable squat with great technique, it’s time to move from active to passive.

Taking them from a cable squat to a plate or reaching squat will not only open up the back side of the body, but also make them do it versus using assistance.

Once a pattern has been developed, now it’s time to get to the fun stuff!

As I’ve mentioned numerous times, the goal with athletes isn’t to create powerlifters.

Instead, the goals is to build fast, explosive and resilient monsters that don’t break down.

And that may be the biggest take home point here:

Load is simply a tool to build tolerance to stress.

The goal isn’t necessarily to “max out” using as much weight as possible.

Instead, we should be asking how much load we can use while still maintaining our principles of quality movement.

That’s where the real money is.

I’m not going to beat this to death here, because the concept of loading (and how to do it) is nothing new.

However, this last step is where we really make our money.

The final step in our goal to build better athletes is to teach them to express their athleticism.

If we’ve done things correctly up to this point, they can achieve the appropriate postures/positions.

They’ve built up their tolerance to stress, and learned to load in a controlled manner.

The final piece of the puzzle is teaching them to express those postures/positions in a dynamic and explosive way.

In the gym, this is our speed and power development.

Like anything else, we start in a more controlled setting (just like we would with a lift), and move to more dynamic and chaotic environments over time.

As great as loading is, we know that maximal strength has it’s limits. Once we’ve built an appreciable amount of basic strength, the goal should be to train in specific zones, and/or using contraction types, that better mimic sport.

Bringing it All Together

Now up to this point I’ve talked a lot in hypotheticals.

But I’m not going to leave it there. How do we actually take all this and apply it?

Let’s take a basic example like a split-squat and flesh out our progression: 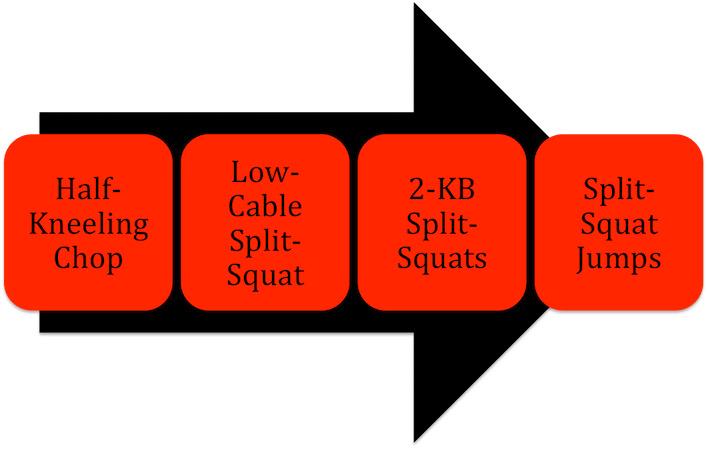 Step #1 is simply determining if they can get into a half-kneeling/split-squat position.

Step #2 is building stability and control in a static environment.

Step #3 is patterning the individual, and making sure they can control their center of gravity.

Step #4 is building stability in a control in a more challenging (i.e. loaded) environment.

Step #5 is taking all of these tools and putting them together into a contraction type that is specific to sport. 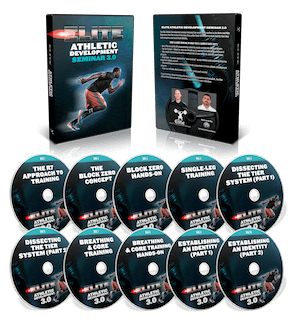 If you want the “How to Build Better Athletes” playbook, I gave it to you right there.

Take the time to build an athlete from the ground up, and I guarantee you have an athlete that moves better, plays better, and stays healthier to boot.

Now if you enjoyed this article and want to go more in-depth, you need to pick up a copy of Joe Kenn and I’s Elite Athletic Development 3.0 Seminar DVD’s ASAP.