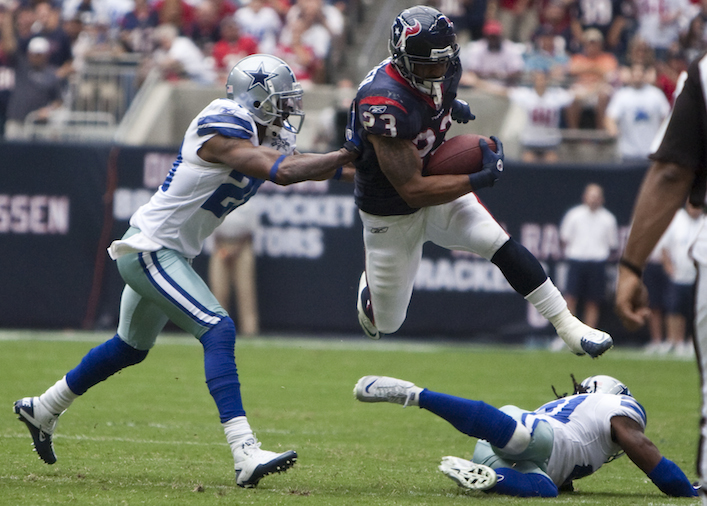 Every athlete I’ve worked with wants to improve their performance.

A few weeks back, a potential new client reached out to me.

He was a football standout in college, and when he didn’t get drafted by an NFL team, he got picked up by the Toronto Argonauts of the Canadian Football League (CFL).

However, his dream was to play in the NFL, and he wanted to make sure he’d given that everything he had before he settled on playing somewhere else.

And who could blame him?

The big thing scouts kept telling him was that if he wanted to play at the next level, he had to get faster.

So the question becomes – can you guarantee that you can make someone faster?

Or for that matter, stronger?

While I’m always measured in my words, in the back of my mind I’m always thinking “Yes.”

Yes, I can help you run faster.

Yes, I can help you jump higher.

Yes, I can take your performance to the next level.

Maybe it’s extreme confidence, or maybe it’s the simple fact that I’ve seen and worked with enough athletes over the years to know one thing:

Virtually all of them are leaving performance on the table.

In my Six Coaching Lessons article a few weeks back, I touched briefly on the three foundations I strive to develop with all of my athletes. Those foundations are:

Let’s look at how each of these is critical if you want to maximize physical preparation and performance.

Movement is the low-hanging fruit.

The Yin, to most people’s Yang.

What many fail to realize is that they are working too hard to achieve their gains.

If they would only take a step back and address the big picture problems, they’d actually see a bigger change in their performance.

I remember when my boy Lil’ Stevie first came into IFAST. This guys movement was horrible – stiff as a board, no glutes, no hamstrings, the whole nine yards.

I think he hated me for the first three months, because I didn’t let him back squat or deadlift for that entire period of time.

Instead, we spent all of our time working on mobility, stability, and movement.

The result was impressive, though.

When he did get back to deadlifting, at the end of one training cycle he hit his old max for a triple. 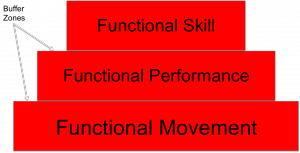 Quite simply, we made him more efficient.

I’ve seen people work tirelessly in the gym, consistently trying to get bigger or stronger, only to see minimal (if any) gains in performance.

You see this on the field, too. The kid that works his ass off to run faster, jump higher, improve his speed or agility, and just can’t seem to put it together.

If you’ve coached for any period of time, you’ve probably heard this saying:

“If it looks right, it flies right.”

So many athletes don’t move well, and it’s holding back their performance.

That’s why I’ve written so many posts about movement and functional anatomy over the years.

The body is built to move as one seamless, integrated unit.

Instead, here’s what I see out of the athletes that walk in my door today.

The list could go on-and-on, but this is a great starting point. Let’s look at one simple issue and see how it could hold back your performance.

If you’re locked in anterior tilt with a big lordosis, you’re stretching out the big muscles on the back side of your body (especially the hamstrings) and not allowing them to do their work.

Perhaps more importantly, your core is offline. Your diaphragm and pelvic floor are no longer facing each other, and able to work together to create intra-abdominal pressure and stability.

Right there, you have a massive problem because you can’t transfer energy from your lower to your upper body.

If you’re a linebacker and you go to hit someone, you have to transfer power from your lower body, through your core, and into your upper body and shoulders.

With a weak or unstable core, you’re losing pop and explosiveness.

The same thing that goes for the baseball player who wants to hit harder or throw faster.

You could have all the leg strength in the world, but if you can’t transfer that leg strength/power seamlessly through the core and into your upper body, you’re not as explosive, powerful and strong as you could be.

This is why I make such a big stink about movement.

I can often add inches to a vertical jump, or shave time off a 40, without ever training the exercise in question.

I want to get the easy gains first. It’s also akin to working smart, before you start working hard.

After you’ve dialed in movement and alignment, one of the next big areas to focus on is strength.

Of the three, this is the one that most athletes need the least.

That doesn’t mean they don’t need it. Instead, most performance coaches know that strength is important, but they fail to realize how important movement and proper conditioning are.

But that doesn’t mean they’ve been strength training correctly, or that they can’t see improved gains by following a smarter program.

When it comes to strength training, I’m not a huge believer in “sport-specific” work.

“Sport-specific,” to me, is going out and actually playing your sport.

If you want to get better at baseball, basketball, football, soccer, then you need to spend time playing that sport.

So when it comes to the weight room, why are we spending countless hours trying to mimic sports movement with bands, barbells and dumbbells?

If anything, this detracts from our performance.

Our brain has a mental image or picture of how this movement should feel.

The speed, the power, everything about that image is incredibly detailed. Imagine an MMA fighter trying to kick with a band of his foot to improve strength or power.

Your brain knows exactly how that movement should feel with regards to speed, strength, power, etc. When you use something (i.e. a weight) that alters your body’s ability to do that exercise, you fundamentally change that motor program.

And this is not a good thing! 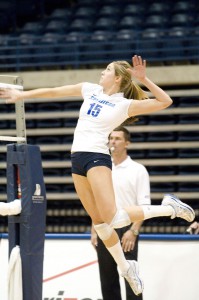 Instead, use the weight room to give your body the underlying foundation for better performance.

Then, go out and actually play your sport.

If this all sounds incredibly simple, that’s because it is.

Arguably the biggest benefit of having athletes train in the weight room is to offset some of the damage they accumulate every single day while playing their sport.

For example many of my soccer athletes have quads that a bodybuilder would approve of, yet their posterior chain (glutes and hamstrings) are bordering on non-existent.

These athletes are asked to plant and cut thousands of times in a game, run around for 90+ minutes, and rarely (if ever) get to load the glutes and hamstrings.

Training them in the weight room gives me an opportunity to strengthen their weak area(s), and help build balance throughout their body.

Strength is the foundation for so many performance elements, including speed and power. It’s critical to total body development, but you have to do it the right way.

The final piece to the performance puzzle is conditioning, and even more specifically, the aerobic energy system (AES).

In my post on long slow duration cardio, I talked about how important the aerobic energy system is for numerous reasons. 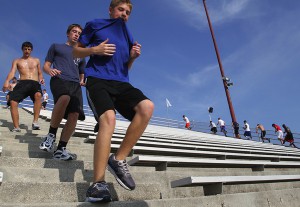 From a performance perspective, though, you may wonder how the aerobic energy system can help with performance in the weight room, or to improve your “numbers.”

Recently I’ve worked with athletes from soccer, basketball and football. For these athletes, the aerobic energy system is critical, because it allows them to recover in between bouts of runs, plays, etc.

But what about a baseball player?

What benefit would there be to training his energy system?

The answer here is simple: Recovery.

Recovery between work sets in the gym. More resilience to fatigue.

If I give someone the ability to perform more work without fatiguing, I can get them faster/stronger/more powerful faster than I can a deconditioned athlete.

Taking that a step further, if someone doesn’t recover well between training sessions, this is also an issue. Again, they can’t perform as much work in the weight room on a day-to-day basis as someone that’s better conditioned can.

And it’s not just recovery within your workout that’s important, but improving recovery between workouts as well.

Let’s take this even further, though, to the concept of skill development.

Because as great as I can make someone on paper with regards to their physical performance, at the end of the day they need to be good at their actual sport, too.

When you give someone an beastmode aerobic base, and improve their ability to recover, they can do more sport/skill specific work.

Imagine a volleyball player that can practice spiking or blocking for 90 minutes versus 60, with the same degree of fatigue.

Or a baseball player that can take BP for 30 minutes versus 20, with the same degree of fatigue.

Or a basketball player that can work on his footwork and jump shot for 45 minutes versus 30, with the same degree of fatigue.

This is arguably the biggest benefit of improving the aerobic energy system. I give my athletes the ability to play their sport, or work on their skill, for an extended period of time while minimizing fatigue.

Up to this point, we’ve only talked about performance, but developing a strong AES is critical for injury-prevention as well.

I just saw mention of a study that 40% of all ACL tears occur in the fourth quarter.

As my good friend Bill Hartman likes to say, “fatigue changes everything.”

Regardless of your sport, developing the aerobic energy system will probably make a difference.

How much development, and how far you want/need to take it is an argument for another day, but hopefully you can see the value.

When an athlete walks in my door, I feel as though I can make them better.

If I’ve never worked with them, seen them move, or had the chance to coach them, I feel like I can take them to the next level.

I may never directly improve their ability to hit a baseball, shoot a jump shot, or kick a soccer ball, but I can give them a better physical foundation to do whatever it is they love to do.

Every single one of us leaves performance on the table.

Whether it’s our movement foundation, our strength levels, or our conditioning, once you can find the weak link in the chain, I have no doubt you can take your own performance to newfound levels.

PS – What do you think? Can you guarantee improved performance? Why or why not? I’d love to get your feedback below!