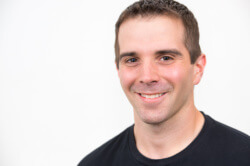 Mike Coval is a gym owner in Ann Arbor Michigan, and a guy who is doing some amazing work with his young basketball players. He’s also a former IFAST intern, and I couldn’t be more excited to have him on the show. In this episode Mike and I are going to go in-depth into his […]

The Ultimate Guide to the NFL Combine 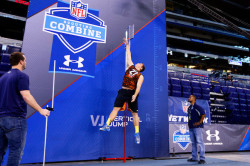 Note from MR: This was originally posted in February, 2014. This week, some of the baddest mofos on planet Earth will descend upon Indianapolis for one reason: To show just how bad ass they are! The NFL combine has become not only an awesome event for pro teams and scouts to evaluate potential talent and […]

How to Write Power Training Programs 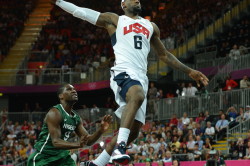 Power training is critical in athletics. Whether it’s the ability to juke a defender and break off a big touchdown run, hit a baseball 400 feet, or slam dunk a basketball, power is a key component that every performance coach must program for. However, before you blindly jump in and start doing 100 repetitions of […]

Can You Guarantee Improved Performance? 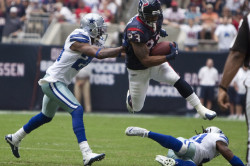 (Lead Photo courtesy of Keith Allison) Derrick Rose is the elite of the elite. A former NBA Most Valuable Player (MVP), the guy has a ridiculous amount of talent, and if he didn’t play for one of the Pacers most hated rivals, I’d have a total man-crush on him. DRose has made waves recently, saying […]

“Stability maximizes activation.” This was a quote from Bret Contreras following an article he had posted on T-Muscle last week. While I didn’t agree with the article entirely, this quote really stood out. There’s a delicate balance between the strength in the prime movers of a joint, and the strength of the underlying stabilizing muscles.  […]