We haven’t had a Random Post in a while, and it shows.

I think you’re really going to like this one.  This is a collection of quotes and random knowledge bombs I got while hanging around this weekend’s Underground Strength Session (UGSS) at Elite Fitness.

Needless to say, these are some of the strongest guys in the world.  I was only there 24 hours, but I definitely picked up some new stuff along the way.

Regardless, here we go.  Enjoy!

“It boils down to we have two heavy days, and two light days.  That’s it”
– JL Holdsworth

First off, JL is one of the largest human beings I’ve ever seen.  He also appears to be a very introspective guy, and someone that has thought a ton about training.

Over dinner, he was describing the basics of the Westside template, and I couldn’t help but thing – “How simple is this?” 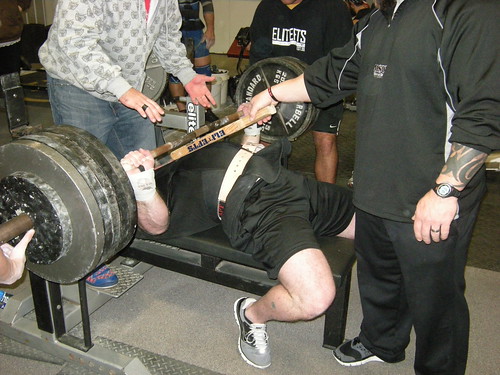 Too often, we want to make things way too difficult. If you’re using a Westside template, keep your heavy days heavy, and make your speed days light(er) and explosive.

This can be taken a step further and applied more broadly over various training programs as well, though.  If you want to get really good at a specific set of lifts, you need to train them in some form or fashion on a more frequent basis.  And that doesn’t necessarily mean training heavy each and every workout.

Bill Starr talked about this years ago, alternating heavy, medium and light days.

Olympic lifting coaches do it as well, perhaps by rotating the number of lifts taken or the average intensity used for a given day.

While it sounds big and bad, at some point in time you need to get smarter about waving your volume and intensity.  Trying to go hard and heavy every single workout is a sure-fire way to plateau or injure yourself.

“Speed work never did sh*t for me.”
– JL Holdsworth

Rather than bashing the Westside system and saying this doesn’t work, this is the perfect example of figuring out what works for you.

I remember when I was powerlifting a while back, I was using the dynamic effort method (DE) myself for my squat and bench, and didn’t feel as though I was getting anything out of it. 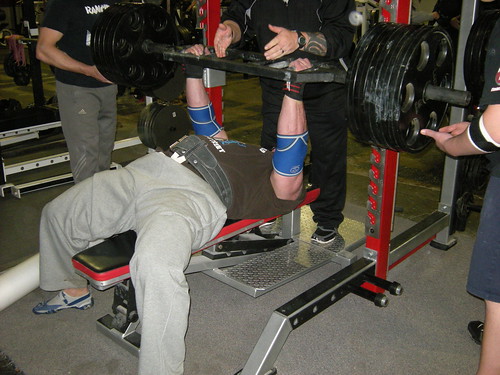 It all comes down to knowing your body.

What are your limitations?

What are your sticking points?

Why do you miss lifts?

If you’re a super explosive guy, do you think speed work is going to help you?

In his case, JL actually did the opposite – he slowed down all his tempos.  Doing this not only reduces the influence of the stretch-shortening cycle, but it also puts more stress on the muscles themselves (versus the tendons).

Again, when you’re honest with yourself and you’ve figured out where your weaknesses are, you’re going to be that much better at addressing them within your workouts.

Think about this – if you’re doing a set of 3 reps, how focused are you on the first rep?

Probably not much.  You probably have plenty of strength on the first rep or two, it’s the third one you’re worried about. 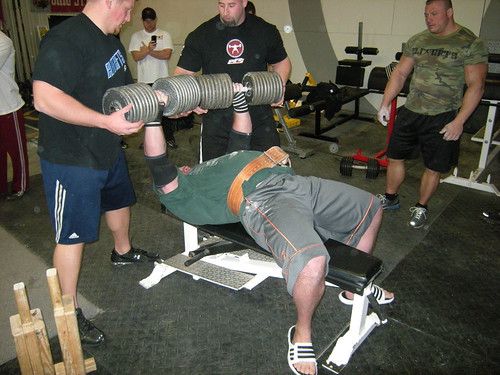 But thinking like this allows for that small amount of mental slippage.  All of a sudden, your technique isn’t quite as dialed in as it should be.  You’re not quite as focused.

Instead, think about three singles within your set.  This little shift in mindset could be all the difference between three quality repetitions, and two to three sloppy ones.

“If you do 8 reps in a set and the first three are perfect, that means you used sh*tty technique on the last 5.”
– Dave Tate

This flows seamlessly from my previous point – why are we reinforcing poor technique by doing too many reps? 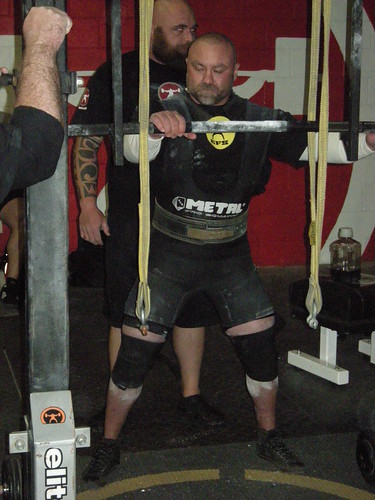 One of the best things about block periodization is how they tend to invert the set/rep scheme to accumulate more quality volume.  For instance, look at the following two examples:

As you can see, there are a lot of different ways to accumulate a total volume of 30 “lifts.” Now I’m not naive – I realize this can make for a HUGE difference in intensity levels, but I’m strictly talking about technique right now.

Assuming you use the same weight of 225 pounds to accumulate your 30 total reps, which set/rep scheme do you think will lend itself to the highest quality of work?

Obviously, when you drop the total reps/set, you can really dial in and focus on quality movement.  This is something I’m going to be doing more in my own training, and I can honestly say I’m really excited to see where this takes me.

This will probably be the only post I get up this week, so I’ll take this time to tell you have a great Thanksgiving and enjoy the time with family and friends.

P.S. – Want to check out all the pics from the UGSS 2010? Just head over to my Flickr account…