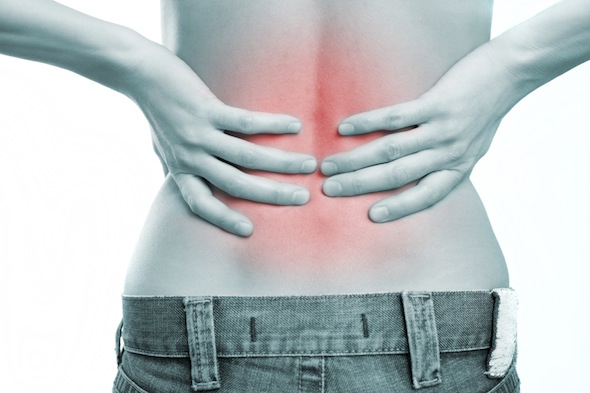 This week is going to be a bit random around here.

We’ve got some guest blogs, an interview, and the return of our Random Friday posts!

Today’s guest blog comes to us from Ben Bruno. Ben is definitely an up-and-comer in the fitness industry, and he’s rapidly built one of the most popular fitness blogs on the Internet.

If you’ve followed Ben’s journey at all, you know he’s recently suffered from some knee issues. As a result, he’s been looking for ways to train without putting undue stress on his knees.

Several years ago I read a post on Mike’s blog  regarding the potential dangers of the reverse hyper.

It was a great post, and I suggest you give it a read, but to sum it up, the two biggest issues seem to be the following:

1. It’s easy to descend too far and go into lumbar flexion, which causes unwanted shear on the spine.

2. People often use momentum to swing their legs up and then hyperextend their lumbar spine at the top, which over time can become problematic to the facets and discs.

With that in mind, he made the recommendation that “simply reducing the range of motion on the eccentric portion of the lift and not allowing lumbar flexion will go a long way to reducing shear forces on the back.”

As someone with a past history of back pain, I took his suggestions to heart and tried using a reduced range of motion on the eccentric and not coming up as high on the concentric.

Trouble is, since you can’t see your legs while you’re performing the exercise, it’s a little hard to gauge your range of motion and know how far down you need to go. Instead, you have to go on feel, but by the time you feel it bothering you, the damage is done.

The same thing can happen at the top. You don’t want to cut the range of motion too short and short-change your glutes by not reaching full hip extension.

But, if you rise up too much, it’s going to shift the pressure from your glutes to your lumbar spine, which we also don’t want.

After struggling with it a little bit, I got to thinking and modified the movement slightly. Here’s what I came up with.

Lie prone on a table or bench with your legs hanging off the edge with your knees bent and your hips flexed to approximately 90 degrees. From there, brace your core, squeeze your glutes, and extend your legs straight back behind you. Hold for a brief pause and return to the starting point.

When your legs are fully extended, there should be a straight line going from your feet to your head (except of course for your butt if you’ve got a ghetto booty).

I find with this variation it’s easier to keep a neutral spine throughout the movement, thereby allowing you to hone in on your glutes without worrying as much about your back.

Start with just your own body weight to get the hang of it. You can also modulate the difficulty with your setup position; the more of your torso that’s resting on the bench, the easier it will be, and vice versa.

Once you feel comfortable, you can add a little extra resistance via ankles weights or putting a small dumbbell between your feet. That being said, this isn’t intended to be a high load exercise, so don’t go crazy trying to load it up. If you’re doing it correctly, it won’t take much for your glutes to be screaming anyway.

You can also do this exercise at home lying on a table or kitchen counter, making it a great alternative when you don’t have access to a gym.