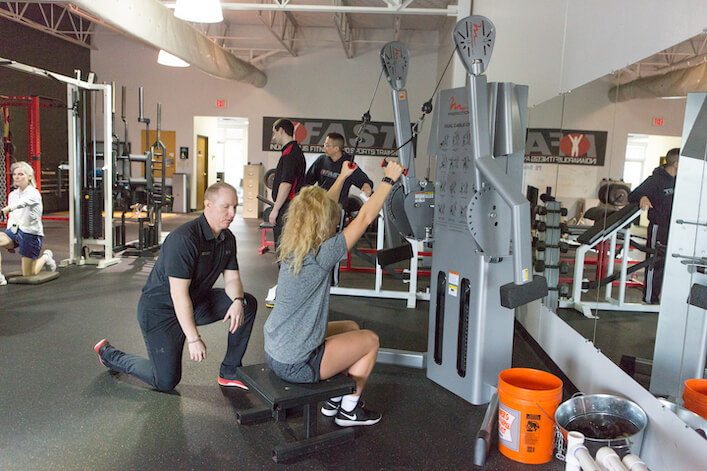 One of the most comical things I see both on social media – and on the Internet as a whole – are people trying to one-up each other about training. 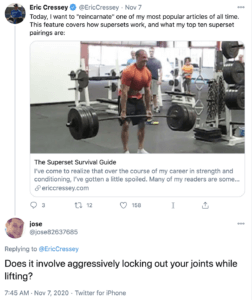 I mean, what could Eric possibly know?

He’s only a 600+ pound deadlifter AND the Director of Player Health and Performance for the New York Yankees…who I think are generally pretty good at baseball.

And trust me, I can relate.

I wrote my first training article way back in 2003, and as a 25-year-old author, I knew I still had a lot to learn.

And luckily for me, all of the training gurus on the Internet at that point in time were more than happy to let me know just how wrong I was about everything. 😉

The sad thing is, though, I’m not sure we’ve evolved all that much.

In fact, I feel like it’s even more common nowadays for the Internet trolls to pop on a Twitter, IG or YouTube thread than it was back then.

So let’s start with a basic statement of fact that I think will help:

Everyone has a different lens than you.

No seriously – not just most people – all people.

They have a different set of training experiences, different goals, work with different clients/authors, and have been exposed to different people than you have.

So as easy at is might be to look at someone else’s IG or YouTube video and immediately think “That’s trash” or “That would never work,” I’d ask you to pause and question things first.

I’m sure there are a ton more questions you could ask, but starting with these will get you off to a great start.

But let’s make this even simpler: Take two trainers who both work with “basketball players.”

Their programs should be pretty similar, right?

Let’s use two extreme ends of the spectrum:

So while their athletes may play the same sports, their training programs could be vastly different.

Coach A would probably want to build a program around exercises that emphasize foundational strength: Squatting, bench pressing, deadlifting, chin-ups, and the like.

After all, I don’t care what anyone tells you, there’s still a time and place for an old-school strength training/force development program!

On the flip side, if you’re working high-level pros – and especially athletes that are later in their career – chances are all of their “athletic development” boxes are checked.

So the goal with them may not be strength and power development, but rather injury reduction, load management, and simply getting them to “feel good” on a day-t0-day basis.

After 20 or so years in the game, it feels good to have this kind of perspective – because at different points in my career, I’ve been both Coach A and Coach B!

While we had one or two decent athletes, the rest were a bunch of rather un-athletic, underpowered individuals that needed to learn how to produce force.

And the basic strength training exercises I doled out back then worked great.

With a little bit more juice in their legs, it wasn’t uncommon to see massive improvements in their speed, strength and power development.

Now contrast that with the athletes I train today.

With the exception of one or two younger guys, the bulk of these guys are already at their athletic peak.

If I were to continue to chase the force/power development carrot in their training, it would – most likely – come at a cost.

It could be having to load them too much and risking potential injury.

It could come at the expense of time they should be using to develop their skills on the court.

So this is why we need to stop worrying about arguing about stuff, and instead, learn to listen to others and their rationale.

Instead of assuming something, why not ask – in a respectful manner – why they’re doing things?

My goal with this article is simple:

Next time you’re scrolling your social media feed or read an article that challenges you, don’t simply dismiss it.

Work and strive to understand more.

If we can do this, I have no doubt we can see some massive change and progress in our industry going forward.