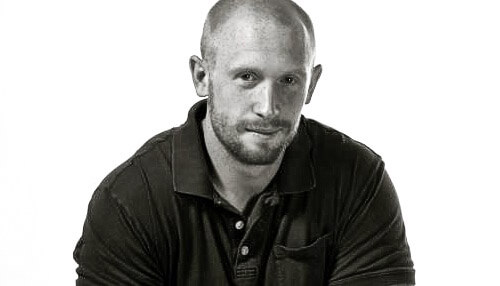 Both he and Chris Merritt are guys I truly feel “get it” when it comes to training clients and athletes.

(And if you missed Todd’s podcast last week, I’d definitely check it out – it’s a doozy.)

So when Todd asked to write a guest article for the site, needless to say, I was excited to see what he had in store.

Anyway, enough from me – I’ll let Todd take over…

Since we’re on Mike Robertson’s blog right now, I’m going to shamelessly paraphrase a quote of his that I love:

Our job as coaches is to use our lives to lift up the lives of others.

But in the mish-mash of the fitness industry, the amalgamation of programming X’s and O’s and the ever-vigilant gaze on the business bottom-line, the simplicity of our objective is complicated. I’m not making that statement in judgment, but as an expression of the reality of our every day fitness lives.

We’re all guilty of blurring our focus on our purpose from time to time.

We’re human; we need reminders that the client is the center of our professional world and serving them is the ultimate expression of our creative efforts. Client-centered coaching, then, is the means that meets our ultimate end—to use our lives to lift up others.

I have an eclectic group of heroes. They range from Pat Tillman to Dick Winters and include Carl Rogers. Sometimes I picture them all sitting at a quiet bar, having some beers together and talking through the conundrums of humanhood, and right way to solve those problems.

Pat and Dick solidified their spots on the team when I was in high school—along with a host of other folks from authors to philosophers. Mr. Rogers joined them after I took Personality Theory, one of my 400 level college psych classes. He was a humanistic psychologist that coined the terms “unconditional positive regard” and “client-centered therapy”—two precepts that mold our discussion on client-centered coaching.

Rogers started client-centered, also called person-centered, therapy in the 1940s and 1950s. His premise turned psychotherapy on its noggin and gave the client the opportunity to develop their own feelings about their behaviors and attitudes, rather than being handed down an interpretation by a counseling authority figure.

Despite what our clients often think as they dump the details of their lives on us, we’re not therapists. That doesn’t, however, mean that we can’t use Rogers’ client-centered approach in our realm. In fact, I think it’s the best way to frame our coaching.

Client-centered coaching applies Rogers’ therapy approach to the training environment. The client is given onus over their fitness process while we exist in a supporting role to guide them towards their goals.

Rather than the traditional, ‘I’m the coach, I know best, do what I say’ approach, client-centered coaching recognizes that people, when given the right tools in the right environment, will make the right decisions to improve their fitness and accomplish their goals.

It has a few simple guiding principles that Chris Merritt and I follow every day in our coaching, Strength Faction, and at our gym. Follow these bad boys every day, and with every client, and you’ll be a kick ass, client-centered coach.

Practicing unconditional positive regard means accepting people without judgment regardless of their personal issues. It’s not always easy, but it’s necessary.

It starts with remembering that everyone has their shit—including you. Think of all of your quirks and weird triggers—think of the situations you often don’t handle with as much grace as you could. Maintain that perspective—because it’s tough to judge people when you have a good handle on just how weird you are.

No matter who they are, no matter where they are in their journey or what they look like, they are human. Just like you.

Understand Who You’re Talking To

Ever come across the book The Five Love Languages? I haven’t managed to read it yet, but it’s been summarized for me a few times. Here’s the gist—people need love communicated to them in different languages, not actual languages but means of communication, and the book describes those ways and how to give and receive love based on different languages. Some folks need gifts, others need physical contact, and so on.

Coaching, since it also involves our emotionally complex species, is similar to communicating love. Different people need to be coached in different ways. Rather than having five languages, I put people in three categories based on the way the like to receive coaching. There are what people, why people and how people.

(I’ll preface the rest of this discussion by noting that everyone has a bit of each type of person in them depending on the context of the situation they are in, but for our use in the gym coaching setting a predominant quality will prevail. We just have to pay attention to note it.)

What people are the folks that just want to know what they have to do, and they’ll do it at a million miles an hour—even if a double steel fortified brick wall is in their way. They don’t need a ton of explanation and they don’t require much, if any, handholding.

Why people want to know, well, why. These folks ask a lot of questions about the exercises and the process and tend to intellectualize things more than what people do. They just want explanations—and if you can continually give them good ones, you’ll win them over for the long haul. But if you treat them like a what person, you’ll lose them.

I nickname how people hug people because these are the folks that I hug, or make some kind of appropriate physical contact with, every time that I see them. These are the ladies and gents that need to know how you feel about them to receive your coaching.

They want to know if they’re plugged in and accepted by you, and by the people around them. Try to give them a why explanation first, or treat them like a what person, and you’ll crush them. But if you show them that you care first, and often, then they’ll be open to all you wish to share with them.

To keep the client at the center of the process, you must understand whom you’re talking to. These three categories are a great, but simple, start.

The majority of strength coaches and personal trainers live their professional lives declaratively—giving stringent directions and hardline courses of action. Problem is it doesn’t work—at least not in the long run. Questions, however, do work.

Designing an interrogative, or question-based, coaching practice outwardly seems counterintuitive, but in reality it’s an effective means, and an integral part of the client-centered process. And it’s simple.

Rather than saying, “here’s where we are going to start”, ask the client where they’d like to start. Instead of making a declaration about the quality of a set after a client finishes, ask them what they liked about the set. What didn’t they like?

Despite what outward behavior might tell us about people, some folks seeming needy or requiring a great deal of hands-on work, people, at a base level, want to be sovereign in their own lives. People want to direct their own paths.

With that in mind, think of what life really looks like for most people. They go to a job in which they are told what to do by an authority figure, or in some other way they have to meet someone else’s standards for approval. In most instances they’ve chosen this for themselves, but that choice doesn’t directly correlate with how they’re truly feeling about their circumstances.

Many lives do not wholly belong to the person living it—at least in their perception.

We can help them create one aspect of life that they feel in control of. They can have autonomy over their fitness process, we are simply the conduits that put them in the best positions to solve their own problems.

It’s as simple as inclusion, choice, and asking before imparting opinions.

Include people in the discussion about the programming and take their input seriously. If you’ve done your job by creating context and educating your people on quality, their input will be valid. Then give them as much choice over as is warranted. If you know an exercise will not fit for a given person, you have to pull the coach card and keep them in a safe position.

But beyond that there is a range of movements that will work, help them find, and choose, what makes sense for them based on their ability and their goals. And before dropping your opinion on them, ask if they’d like to hear what you think. We often assume that’s implied because they’ve chosen to work with us, but trust me, your information will go a lot farther if you ask to share instead of giving people knee-jerk indoctrinations.

Coaches live in a heliocentric world and the client is our sun. Simple mindsets and actions help us set our client-centered priorities. Be unconditionally positive, know who you’re talking to, ask more questions, and create autonomy. Be consistent with all of these and you’ll do your job. You’ll use your life to lift the lives of others.

Todd Bumgardner, MS, CSCS is a co-founder of Strength Faction, an online coaching program for strength coaches and personal trainers that helps fitness industry folks transform their bodies and their coaching. He and his partner, Chris Merritt, just released a great, free E-book on how to keep your training on track, even while you’re training all of your clients. You can download it here: Train Yourself…Even While You’re Training Everyone Else.