Last year, I wrote a rather lengthy post on my personal goals for 2015.

It was pretty cathartic to get all of this written out and on paper, but at the same time, I’m not sure how valuable it was to someone like you, who is sitting at home trying to learn!

So this year, I want to do something a bit different.

I’m still going to outline things I want to improve upon this year, but along the way, hopefully drop a few nuggets that will get you thinking about your programming and coaching a bit differently.

Last night I had the pleasure of having dinner with the performance staff of the Atlanta Hawks. These guys are a razor sharp crew, and it was really fun to hang out and talk shop.

As the conversation was just getting rolling, the first thing out of Art Horne’s mouth was:

“What are you doing differently these days? Has there been any change in philosophy?

Talk about a great (but loaded) question!

I would say philosophically we’re still moving in the same general direction. If I can speak for the entire IFAST team here, there are three basic tenets, or goals, we want to achieve first and foremost with anyone who walks through our doors:

But with that being said, I think what we can get better at is our diagnostic approach, and how that drives our program design.

As I explained to Art last night, one of the biggest issues I have is that I get off-season athletes for a very short period of time.

The Major League Soccer (MLS) off-season is typically between seven and 11 weeks. By the time they take a little time off after the season, we have very little time to put in quality work.

Or if we get an athlete who is in for four to six weeks of intensive rehab and performance training, the bottom line is we don’t have time to make mistakes. 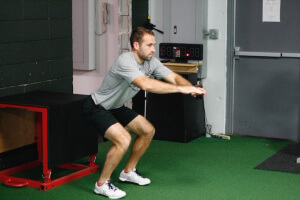 We need to be laser-focused on what this athlete needs, and how to maximize their results in the shortest period of time possible.

With that being said, our orthopedic assessment (which is spearheaded by Bill) is fantastic, and I’m not sure I’d change anything about that.

The next big step for us is taking a composite of performance tests that we’ve pulled together, to help us better understand what our athletes need from a physical preparation perspective.

These are the questions we’re trying to answer right now. It’s a lot of data collection at this point, but I can see this being a huge influence on our training in the future.

Agenda Item #2:
Smooth Out My Programming

Any time we start to integrate new things into our program (strength exercises, speed and agility drills, conditioning methods, etc.) there’s this awkward phase where we’re putting the pieces together.

We may get some of the pieces right, but it’s kind of clunky in it’s delivery.

For years, I’ve talked about the need for progressions and regressions in your training, as it smoothes the training process and improves motor learning.

Think about it like this: There’s a reason you don’t move from a goblet squat straight to a back squat. There are typically a few intermediate steps in there to help build an ideal squat pattern for that athlete.

The same can be said for program design. And while I think I’m getting better and better at this, I feel like it’s something we can continuously get better at.

The best example I can think of is when I started using more of Joel’s conditioning ideas in my programming.

Phase 1 might have slow tempo work, HICT and cardiac output.

Phase 3 would be a peaking, or possibly even a lactic block, to get the athlete ready to go to camp.

And if you take a step back and look at that, it’s not a bad set-up. The big rocks are in place and you could definitely build a solid program from there.

But the issue isn’t so much in the big rocks, but rather what’s left unsaid. T

There needs to be smoother transitions from Phase one, to two, to three, to ensure the athlete is not only prepared for those shifts, but to make sure you’re covering all your bases.

The off-season programs I’ve written for my soccer bros this year are probably my best with regards to smoothing out the transitions.

But as always, things are never good enough. This is definitely something I’ll continue to tweak and refine going forward.

If you look back at my 2015 goals, one of my physical goals was to do more explosive work. The rebuild has taken a bit longer than expected, but this goal is definitely still on the table of 2016.

Luckily I’m a guy that can sacrifice the short game in lieu of the long game, so I think the foundational work I’ve laid this year will pay serious dividends going forward.

Beyond being a better athlete, one of the biggest reason that I wanted to get better at explosive work is so I can be a better coach of these exercises.

I’ve always felt incredibly comfortable in the weight room, but I want to have that same degree of confidence in the explosive elements of the program as well.

I think I’ve made some solid strides when it comes to my speed and agility coaching this year. My coaching progression is smoother (thanks in large part to Lee Taft), which allows my athletes to more naturally express their athleticism.

But along those same lines, the movements are starting to slow down a bit.

You hear athletes talk about “the game slowing down,” well for me, this is starting to happen with the speed and agility work, which is pretty cool.

With regards to the O-lifts, this is something I’m excited to integrate more with specific athletes. Unfortunately, the old adage of “not enough time” rings true in some instances. 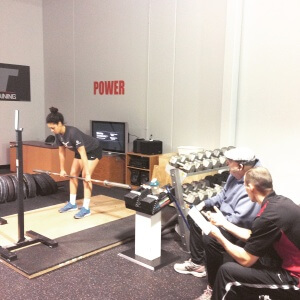 If I only have an athlete for 4-6 weeks, and then I won’t see them again for a year, the O-lifts may not be the best use of my time.

But I do have a handful of athletes that I coach year round, and I think a few of these guys will really benefit from adding the O-lifts in.

Now you may be wondering, why the Olympic lifts?

I’m a huge believer in speed work, med ball throws, and various jumping exercises, so what additional role do the O-lifts provide?

And here’s what I keep coming back to – I think there’s value in learning to move heavy(ish) weights fast.

There’s a time and place for maximal strength, grind-it-out work.

There’s a time and place for low-load, high-velocity work like speed, throws, and jumps.

But the O-lifts have a definite spot in that force-velocity curve, and I really want to exploit that going forward.

Over the years, my schedule has evolved quite a bit.

I went from being on the floor what felt like 24-7 when we first opened IFAST, to having a much more specific coaching calendar.

The fall/winter are my busiest times coaching, with this year being the most prolific to date.

We’ve got all of the Indy Eleven guys who are in town doing off-season work here at IFAST.

We’ve got our biggest crew of MLS athletes as well, which is exciting to see that demographic growing from year-to-year.

And we’ve got a handful of minor league baseball players, so this is definitely my busiest time coaching.

The problem is, when it comes to the spring/summer, things can get downright boring for me as a coach.

Even if I have the Indy Eleven coming in twice a week, it’s still in-season training. It’s not the focus, and as much as some coaches lament the idea of “maintenance,” becoming a beast in the gym is hardly the focus when you’re grinding through a 40-week competitive season.

So one of my goals is to bring in more off-season basketball and football players to help fill in my annual coaching gaps. 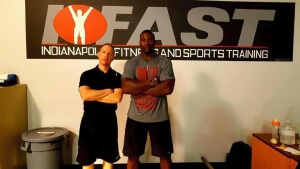 For example, having Dwayne Allen from the Colts last summer was a god-send. Not only is this guy a fantastic athlete, but an even better human being.

Having DA in five times per week allowed us to make massive progress in a very short period of time, and it gave me a better perspective into the unique demands of professional football.

Having a more consistent and steady calendar not only keeps my coaching eyes sharp, but gives me a constant flow of new ideas for content as well. It’s truly a win-win for me.

As always, I feel I’ve had a great year, but at the same time, I’m always excited for the future and what it holds.

Last but not least, thanks for reading and I hope at the very least I got you thinking about your own coaching agenda and goals for 2016!