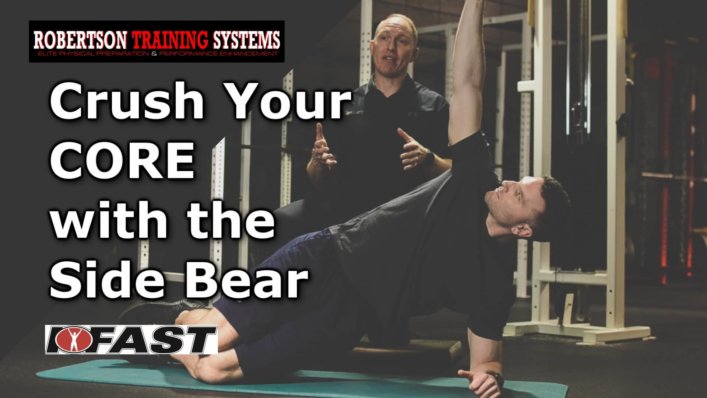 When I first started coaching, I really thought I knew everything about training the core.

As someone with a Masters Degree in biomechanics, it only made sense that if you CAN train and move your core in every plane of movement, that you SHOULD do it.

Not so fast friend.

Just a year or two after I graduated I was doing rehab in a chiropractors office and came across some guy named Dr. Stuart McGill.

In fact, you might have heard of him, as he’s kind of a big deal when it comes to spinal biomechanics!

When I first started digging in to his work, Dr. McGill was really focused on the idea of training the core for stability vs. movement, and this created a massive shift in my own approach to core training.

One of my favorite core training exercises back in the day was the standard side plank. But what I found was that while we would get some lateral core activation, most people were just arching their back and puffing their chest out, which trained all the wrong muscles.

So if you want an awesome way to train the obliques and deep core muscles, you need to give the side bear a shot!

Once you watch the video, here are a few quick tips to help with performance:

If you’re not feeling your side planks (or feeling them in the wrong areas), give the side bear a shot. I think you’ll really love it!