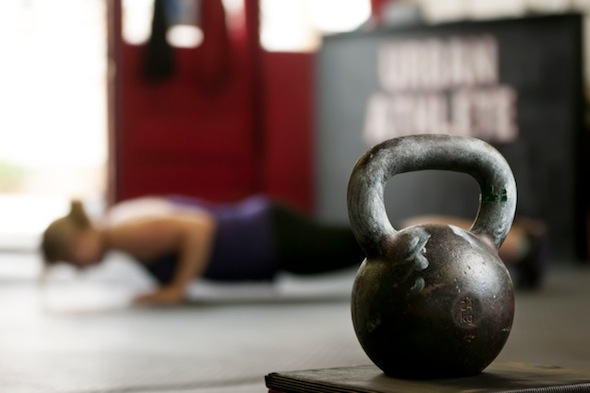 Pamela MacElree is someone I’ve worked with and learned from quite extensively over the past couple of years.

Not only is she an awesome person, but one hell of a kettlebell coach to boot.

Luckily, Pamela found some free time in her schedule to do an interview with me, and I think you’ll really enjoy it. Here we go!

Pamela, thanks a ton for taking the time with us here today. Could you start by telling us a little bit about yourself? 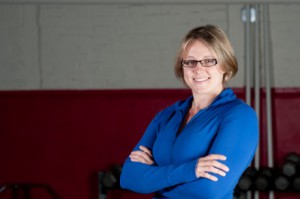 I currently own a private training facility in Philadelphia called Urban Athlete and have a personal blog called PMacStrong.

And just to quickly set the record straight we DO have more than just kettlebells at Urban Athlete!  🙂

I love fitness but even more so I love strength training.  It’s really empowering to me and I find that it helps develop confidence.  I like being able to help other people realize and experience that.

That’s awesome Pamela. How did you originally get into the fitness field?

PM:  Although I was a high school athlete I did not participate in collegiate level sports, but post college I wanted to get back into working out (and working out the right way) so I hired a trainer.

After that, I developed a passion for it more than I ever expected.

I went back to school, I started working with a small client base, I got my master’s and started learning from the best.

Tell me a little bit more about Urban Athlete. What does your typical client look like?

PM: Urban Athlete is based in Philadelphia.  We have a wide range of members but our largest demographic is women ages late 20s to late 40s.  Mostly fitness enthusiasts who want to live a long and healthy life. Online, at PMacStrong, I work mostly with women, creating training programs that they can follow on their own.

Pamela, you’re obviously well known as a kettlebell training expert. What originally led you to training with kettlebells? 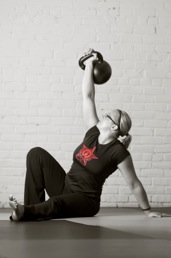 I first picked up a kettlebell in a big box gym that was too heavy to do anything with except deadlift and maybe swing.  Even though at the time I knew very little about them, I went online and bought one, then another, then another.

It was really cool because I was getting super strong and getting smaller, by drastically changing my body composition, all at the same time.  Something everyone talks about now!

I think all of us can relate to that on some level!

If someone comes to you and they want to get started with kettlebells, how do you get the ball rolling?

PM:  I always do a body weight assessment first, making sure they can move well without any external load.

Once they’ve proven this, we go through the basic hip hinging movement, which is the foundation of most kettlebell lifts.  From here we start mastering strength based movements before any power based lifts.

And along those same lines, nowadays everyone thinks they know what they’re doing when it comes to kettlebell training!

What are some of the most common mistakes you see when someone first gets started training with ‘bells?

PM:  Narrowing it down to just a few might be hard so I’ll give you my top 3.

You’ve lectured across the country on the topic of kettlebell training, and I know personally, I learn as much from giving a seminar as I do attending one.

What is something that you’ve learned over the years as a result of your public speaking?

PM: Never assume that everyone knows what you are talking about.  I’ve found that it’s always important to talk about a topic assuming it’s the first time anyone has heard about it.

Tell us something totally random about yourself or your time in the fitness industry. After all, everyone loves random! 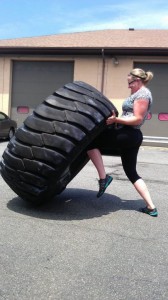 PM:  These questions always throw me off.  I’ll give you two.

I played on the boys soccer team in middle/high school because we didn’t have a girls team until my senior year.

Some people know this, and I assume that everyone knows but they don’t, I’ve had Type 1 Diabetes for 24 years, I wear an insulin pump and I wish more people would make less excuses about why they can’t do something about their health when in reality they have all the capability in the world.

Pamela, you’ve been great so I only have one question left.

What’s one mistake you’ve made in the past, and how have you learned from that and grown as a coach as a result?

PM:  I would say that I’ve learned a ton through trial and error both from a coaching and business perspective.

If I had one do-over it would be structuring my business with systems from the very beginning so I could spend more time coaching without having to concern myself as much with all the little things.

I guess that could come across as not really making any coaching mistakes, but when I first decided to own my own business is was about doing something that I loved doing, I had no idea now much work it was going to be behind the scenes.

Pamela, thanks a ton for coming on here today. Where can my readers find out more about you?

PM:  Thanks a ton Mike!!  They can always check out what’s going on either at my blog, http://PMacStrong.com or on social media (because we all love social media) https://www.facebook.com/PMacStrong

The gym’s info for the Philadelphia local folks is, http://www.UrbanAthlete.tv (and FB = https://www.facebook.com/UrbanAthletePhilly )