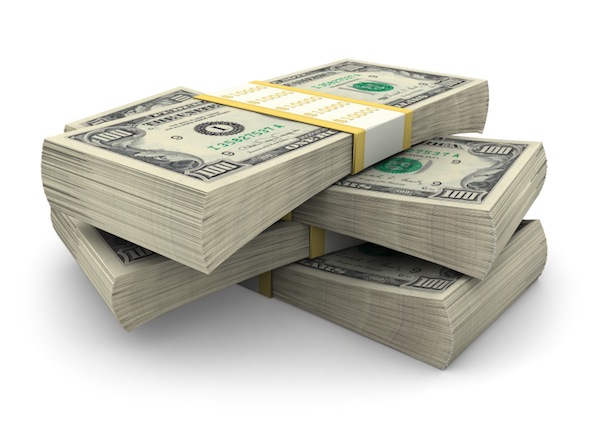 Last year, I eclipsed (what I consider to be) a major milestone…

I spent more than $10,000 on continuing education.

But worth it? Absolutely.

Now before I completely turn some of you off, let me back track a bit.

That was nearly 13 years into the game – when I first started investing in myself, things were a lot different.

In 2002 when I took my first job, it was a struggle to cobble together my rent, car payment and school loans, let alone spend money on myself.

Or so I thought.

I’m not totally sure who turned me onto this concept, but I remember reading in either 2002 or 2003 that you should spend at least 10% of your income on continuing education.

I remember clearly thinking to myself:

“These people have never been broke!”

But it was also at that point in time that I set a very powerful goal for myself:

I wanted to be the best strength coach in the world.

Not in Ft. Wayne, Indiana.

Not in the state of Indiana.

Not in the United States.

Nope, I wanted to be the best strength coach in the world.

And I knew that if I wanted to get there, I couldn’t skimp on my continuing education.

Had I learned a ton in my 6 years at Ball State*? Absolutely.

(*And yes, that’s for a Bachelor’s AND a Master’s Degree, in case you were wondering. I’m not Tommy Boy, after all!)

But I also knew that there were major gaps in my knowledge base.

It was around this time that I started ranking myself on all the major skills that I thought I needed to become a great strength coach:

So I took my meager income and started re-investing 10% in myself. I was working in a chiropractic facility doing rehab on knees, backs and shoulders, so that was where I started.

Side Note: One month prior I had rated my knowledge base as a 2/10 in the rehab realm, so this was a critical need on my part.

Every night for the next month, it was just me and some Ian King tapes putting in work.

But then this weird thing happened…

As I was going through the videos, I started using more and more of the materials in them.

It was like all of a sudden, these people started coming out of the woodwork and they needed the skills that I had just learned.

Has that ever happened to you?

You learn something, and then you immediately find a case or situation where you can apply it?

From that day forward, I knew that no matter how great (or how small) my income became, I was always going to spend 5-10% of my income on my continuing education.

So last year, I spent a small fortune on continuing education.

I started adding it up while doing some 2012 tax prep, and I quickly realized I spent at least $4,000 on Postural Restoration Institute courses and travel alone!

But the real question is, was it worth it?

And I can say with 100% conviction, wholeheartedly, yes.

For example, I’ve been working with a Major League Soccer player for the last 2 years now. He’s an extremely complex case, and without some of the tools I picked up at those courses, I don’t think we’d have gotten nearly the result with him we did.

And this is just one example – I could easily illustrate 100’s of cases where I’ve used a tip, tool or trick from a specific course, DVD or book and used it to achieve greater levels of success with my clients.

Last week, we had a distance client come back to IFAST for an evaluation, so I took a peek at a program I’d written for him in 2009.

That was just 4 short years ago…

….and I wanted to cringe it was so bad.

Maybe not by real-world standards, but my standards, it was horrible.

The difference between then and now lies within my continuing education, and the experiences (and successes) I’ve had in between.

In December, I went through the same process of reviewing my knowledge gaps, and I’ve laid out a plan of attack to aggressively eliminate them.

I’m not going to sit here and tell you how to spend your money. I’ve found this is an incredibly sensitive topic, and up there near the two biggies of politics and religion.

But what I can tell you is this…

If you aren’t consistently investing money in your education, you’ll never achieve the levels of success you dream of.

It’s a harsh reality, but it’s the truth.

If you’re a bootcamp owner, a product like Bootcamp in a Box could be a game changer for you.

At $197, this roughly two months of income from one of your bootcamp clients – and that’s assuming that person only stays with you two months!

And for the next two days, we’re offering up a 2-pay plan to ease the burden.

Trust me, I remember what it was like to live paycheck to paycheck, but still wanting to further my continuing education and make myself better.

If you’re serious about your education and improving your craft, pick up a copy of BCIB today!

Bootcamp in a Box