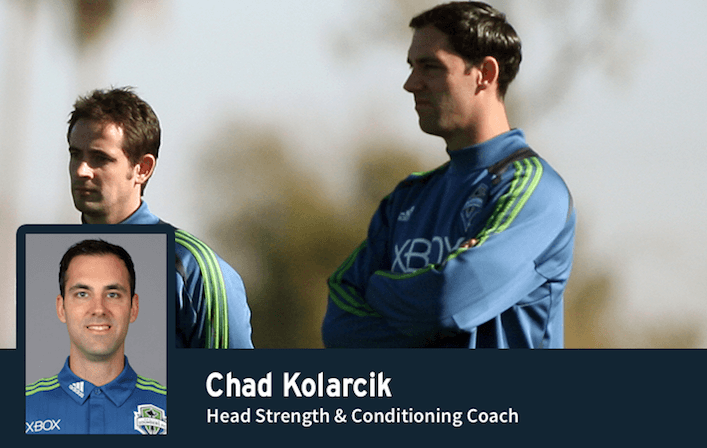 A few years back at one of the Seattle Sounders seminars, I was listening to Chad Kolarcik talk about his strength training program with the team. And the more he detailed his program, the more I realized that he and I think very similarly with regards to athletic development.

In this episode we’re going to talk about Chad’s very roundabout career path, his big rocks for off-season training, and how he manages guys and keeps them fit over a grueling 9 or 10 month MLS Season.

Here’s an overview of what Chad and I covered: