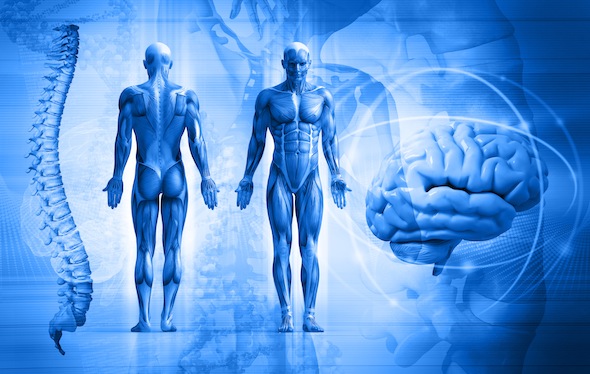 The following is a guest blog from my good friend Dan Brown. Enjoy! – MR

I was doing some research on energy systems and was looking at differences between animals and humans (yawn). With a few clicks of the mouse the next thing you know I was watching a gazelle being devoured by a lion (not yawn).

What was interesting about the video was not the fact that a lion was snacking on some fresh Serengeti meat, but the way the lion acquired this tasty treat. This was not the National Geographic slow-mo version where the lion is elegantly producing graceful long strides that any bio mechanist would be proud of as the lion chases, surprises its prey, only then to valiantly leap for the kill.

This was much simpler.

The gazelle had slipped in mud. It was not submersed or unable to run, but the gazelle just lay there as the rest of the other gazelles bee-lined for the Serengeti.

I thought to myself “that has to be the shittiest fight or flight response I have ever seen!”

He (assuming this wasn’t a woman gazelle), just went into the quadra-pedal version of the fetal position, in a lame attempt to protect all vital organs from the perceived threat of the lion claws and imminent death.

This got me thinking…

As humans our bodies do not recognize differences in stressors, we only recognize stress on a scale.

For example, your body doesn’t know the difference between the financial stress of paying a mortgage and the stress that would be induced from someone attempting to kill you. The body just rates that stress on a scale of 1 to 10 and chooses to respond appropriately.

At IFAST, everyday we see people come in the door with some sort of movement dysfunction.

More times than not these people have poor posture, characterized by their shoulders rounding and their heads poking forward. It’s never a surprise when someone with this posture complains of neck, shoulder, and back pain.

And although you can have poor posture without being over weight, in today’s society it is becoming the norm to see people with poor posture who are also overweight or obese.

I spent the better part of the last decade in a highly-acclaimed Health and Kinesiology Department. In this department I always heard people chatting about the obesity epidemic.

We have all heard the statistics that a growing 60 percent of the population is overweight or obese.

Lack of physical activity is to blame. Time watching TV, playing video games, and spending time on the Internet has contributed to this epidemic, we’ve all heard this before this isn’t ground breaking.

But is obesity the real epidemic, or the result of an epidemic?

Unfortunately, I am afraid that we have tried to fix the problem of obesity. We assume, with fairly logical reasoning, that inactivity and poor diet are the main culprits in the obesity crisis.

If this is so, why have we not made any progress in putting an end to obesity?

After all, we know more now know more about exercise and fitness then ever before. We’ve made serious leaps in knowledge with regards to exercise and nutritional sciences, but the problem keeps growing.

Is it possible we offered solutions to a problem before we understood the problem?

Consider stress as the epidemic and obesity as the outcome.

We are animals, not in the figurative but in the literal sense.

We have to begin to ask ourselves if we are hard wired that much differently from the gazelle or any other animal for that matter.

I argue that yes, there are biological differences, but in terms of stress response we are all pretty much the same.

Day after day people have a perception of threat. This perception of threat induces stress that is caused by things like a boss demanding they do x, y, and z or else. The “else” may mean losing your job. The consequences of the thought of lost income could be enough to make your curl into the fetal position and weep.

Suppose you lost that killer job at the paper company. How would you pay for your SUV, your mortgage, or even you kid’s college?

Now you have a stressor, a perceived threat.

How do you deal with this threat?

Do you tell your boss to stick it and have inner-office fistacuffs, or do you just bail on your job?

Chances are you do neither.

You don’t fight and you don’t flight. Instead, you go into the fetal position because you, like the gazelle have accepted the fact that you can’t escape your perceived threat.

Death is imminent and you are just riding it out, because like the gazelle there is no sense in running – you won’t get away.

You can’t quit your job, so you sit at your desk banging out emails as you slowly die. Meanwhile your shoulders start to fall forward, your upper back rounds, your head drops and protrudes forward.

You begin to feel stiffness in your neck and all of the sudden your low back hurts. Your resting heart rate and breathing rate slowly increases over time as you creep closer and closer to death.

Your fight or flight sucks.

Your breathing pattern changes, your once deep parasympathetic breaths are now replaced by shallow sympathetic breathing. Your cortisol and leptin levels rise, you get fat, and now your day-to-day activity becomes as stressful as being chased by a lion.

Maybe you numb the stressor that you can’t escape. Perhaps you have a few beers with some friends for a little escapism.

Maybe you aimlessly click around on Facebook looking at the wonderful lives of all of your exes.

But inevitably you have done nothing to realize and eliminate your stress.

Maybe now is time for a change?

Lie on your back and take a deep breath.

Did your chest rise instead of your belly?

If so, you are breathing in a sympathetic state. Not good, a sign you’re being chased by a lion!

Breathing can be either a parasympathetic (involuntary) or sympathetic response (voluntary).

By nature’s design you want to be able to breath both ways. However in a relaxed state you should be a parasympathetic breather, meaning your diaphragm contracts and relaxes without you thinking about it.

Sympathetic breathing, otherwise known as panic breathing, exists when under stress. This kind of breathing is not done solely by the diaphragm but often via other means of expansion.

A good clear-cut example of a panic breath is if someone held your head underwater until the very last second before you drown and let you up.

Your first response would be this big gulping breath in which you shrugged your shoulders to your ears. The primary breathing muscle would not be utilized and other means of respiration occur.

Do you see the problem?

Most people function in a sympathetic state of breathing all day long! Then what happens?

Chances are your resting heart rate goes up. Anything above 60 bpm needs work. Check yours now. Do you need help? Are you being chased by a lion just sitting here reading this?

Suppose you are always breathing in a sympathetic state. What effect does this have on the body?

Here is a long list of the side effects of inefficient breathing courtesy of Bill Hartman:

(Side Note from MR: We cover breathing assessments and dysfunctions extensively in our Diagnosis Fitness course.)

It is easy to see that with all of this dysfunction, it is going to be hard to exercise without serious pain or injury!

Stress has one other negative effect on the body that is worth special mention. For lack of scientific terms, stress messes with your hormones. When someone is stressed they begin to see a decrease in the good stuff and an increase in the bad stuff.

This has many more effects on the body. For example, men who are stressed have a decrease in everyone’s favorite hormone: testosterone. This causes guys to go bald, lose muscle, and “things” don’t work like they’re supposed to.

Just throwing it out there.

The hormones that are “bad” become elevated; the two big ones are cortisol and leptin. Both correlate highly with obesity.

Side note: There have been multiple supplement companies make a considerable profit off of supplements that attempt to control cortisol. This is the “magic pill” that everyone is looking for, that doesn’t work.

And when the magic pill doesn’t work what happens?

You get stressed and depressed, and the whole cycle starts over again.

The bottom line is this: We are a very smart society. However, we messed up.

Stress is the problem.

If we fix the stress epidemic obesity will disappear.