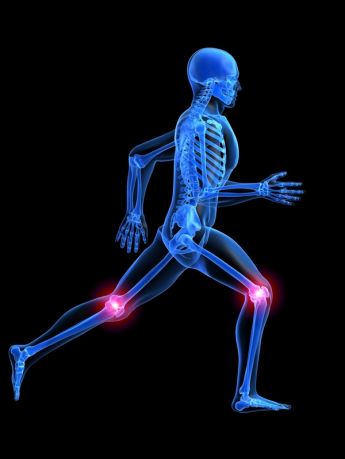 (Note from MR: This week and next I’m going to rehash some of my most popular newsletters to-date.  If you aren’t already a subscriber, be sure to fill out the form on the right-hand side and get tons of free stuff!)

A few days ago, I reviewed a NY Times article which espoused the benefits of running on joint health.  If you’d like to see my entire write-up, I’ve provided the blog link below:

The biggest issue I had was when the author stated that the best way to keep your knees healthy was to “not get injured.”

So that got me thinking – how many runners get injured every year?

And while I know people love to run, what can they do to prevent injuries?

Part of the problem at hand is you have people like Jillian Michaels from the Biggest Loser espousing that “distance running is the best way to lose weight.”  Obviously I’m biased because I think strength training and other forms of energy system training (EST) are superior, but let’s see what kind of information is out there.

My goal was to go into this without my typical bias towards running.  I did, after all, compete in cross country in high school!

Let’s begin by going over some of the relevant research that’s available first and foremost.

In this study, Jacobs et. al provided a questionnaire to 451 entrants of a 10k race.  47% of the entrants had suffered an injury in the past 2 years.  After digging a little bit deeper, the following factors were associated with injury:

One final note:  The questionnaire also covered treatment of said injuries, and in this case 76% who received care had reported good to excellent recovery.

In this study 60 runners were followed over the course of a year.  Out of those 60, 39 suffered injuries.  What’s even scarier, out of those 39 participants they actually suffered 55 injuries!  That means that many of these runners suffered multiple injuries within the same calendar year!

This confirms a lot of what we see at IFAST – the prototypical “rec runner” has terrible core and hip stability.  Typically their first 2-3 months with us is just building these up to more normal levels so they can resume training.

One final point to note: This study mentions that marathoners were actually injured less frequently than sprinters and middle distance runners per 1,000 hours of training.  Now, I’m not ready to take this 100% at face value, as a whole host of factors need to considered here.  Quite simply, there’s a profound difference between the training styles of all three types of athletes including training intensity, what constitutes “training” (marathoners just run for a long time, sprinters run really fast then take long breaks, etc.) , but it leads me to the following question:

Could it just be that people who run marathons are biomechanically more efficient and basically born to run compared to their lesser counterparts?

In this study, 583 runners were followed for one year.  In that time frame, 252 men (52%) and 48 women (49%) suffered injuries.  This study wasn’t particular illuminating, but it did confirm that

The researchers in this study used a questionnaire to determine the injuries of participants in a 16 km race.  Out of 4,358 male runners, 45.8% had sustained injuries in the previous year.  Risk factors for injury included more mileage, and a history of previous running injuries.

Following our earlier thinking, this study went on to describe that in 33-44 year olds (1,757 participants) the number of years running was inversely related to the incidence of injuries.

In this study, 1680 runners were followed for one year.  In that time frame, 48% suffered at least one injury.  Again, the greatest risk factor for injury was a high mileage.

Most importantly for our purposes, runners who were injured the previous year were at 50% higher risk for a new injury during the follow-up period.

Summing up the Literature Review

While this is definitely just a cursory review of the literature, it definitely provides us with some food for thought.  Here are the cliff notes, in case you didn’t read all that!

–       Running mileage seems to be heavily associated with injury.

–       Previous injury is a great predictor of future injury.

–       New runners seem to be at increased risk when compared to older runners (not necessarily in regards to chronological age, but “running” age).

My Current Thoughts on Running

After reviewing the literature, here are some thoughts I have in regards to recreational distance running:

–       I’m starting to think that running isn’t that far off from the Bulgarian system of weightlifting.  If you’re unfamiliar with the Bulgarian system, it’s best described as a meat grinder.  Take a ton of athletes, put them through intense workouts multiple times per day, and whatever comes out on the back end comprises your Olympic team.

Is recreational running really that much different?  It’s not on the same level with regards to volume and intensity of training, but sit back and think about that general premise for a second.

Several of the above studies mention that those who have been running longer are actually less likely to get injured. Again, it comes down to biomechanics – who is biomechanically designed to run?  Those people who are genetically gifted and built to run typically do so more successfully, and with fewer injuries than their counterparts.  The Bulgarian weight lifting team is going to be comprised of the guys who can best tolerate the workloads associated with their sport.

Running is no different.  While everyone thinks the can run, it’s more selective than we give it credit for.

I’m sure people will hold me to the stake for comparing elite/Olympic level athletes to recreational runners, but the point I’m trying to get across is that whether you want to admit it or not, genetics play a role.  Great runners are genetically predisposed to run.  Recreational runners, on the other hand, are not only going to be less successful, but they’ll generally take more lumps along the way as well.

–       I’m still shocked at how many runners think “time off” is a magic bullet. Research clearly shows that if you’ve been injured before, you are at an increased risk to get injured again!  The car analogy gets a little overplayed, but it makes great sense – if a car is out of alignment, putting it in the garage for a few weeks will keep it from getting worse, but it won’t address the problem.  The second you take it back out on the road and start cranking things up, the underlying issues are still there.

–       Along those same lines, if you DO get injured, it’s in your best interest to determine what your biomechanical issues are and address them ASAP.  There is no magic bullet – but if you really enjoy running, you’re going to have to do MORE than simply run to get healthy.

At IFAST we typically use a multi-faceted approach that incorporates soft-tissue work, mobility training, acute corrective strategies, strength training, and even static stretching to address the underlying issues.

If you don’t fix what needs fixed, you’re going to be left spinning your wheels.

–       Finally, for those of you just getting into running (or getting back into running), you absolutely, positively must ease into your mileage. Again, it’s been proven time and again that running mileage is heavily correlated to injury.

Returning to our car analogy, the longer you drive that car the more any little issues are going to be exposed.  The same thing holds true for your body – the further you run, the more those little flaws or asymmetries are exposed.

This was meant to be a quick and dirty blog post, but it turned into something much, much larger.  Hopefully if you are a runner, or work with runners, it’s provided you with some insight into getting (and keeping) people healthier over the long haul.

In the future, I’ll be sure to review some more literature on the topic, along with provide insight into our training methods.  Until then, good luck and good training!