Matt Nichol on Power, Conditioning and Hip Health in Hockey 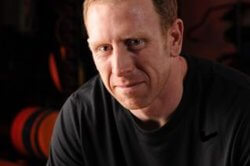 Matt Nichol received his Bachelor of Education degree (Kinesiology/History) from McGill University and his Masters of Kinesiology & Masters in Coaching Theory from York University. He is a veteran Strength and Conditioning Coach with over 20 years of field experience. He has worked with teams in the NHL, NFL, CFL, KHL and privately with athletes […] 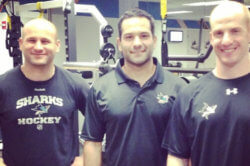 Mike Potenza is in his 11th year as the San Jose Sharks strength and conditioning coordinator. Prior to his time with the Sharks, he had successful tenures at both public and private facilities across the US, including winning a national championship during his time at Wisconsin. In this show, Mike and I discuss why education […] 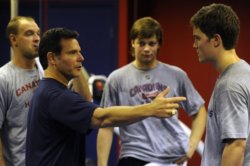 Lorne Goldenberg is currently the owner of the Athletic Conditioning Center and Strength Tek Fitness and Wellness consultants in Pittsburgh, Pennsylvania. In this show, we talk about how a football guy trapped in hockey, became one of the most accomplished physical preparation coaches in the hockey world. But most importantly, we talk about what it […]