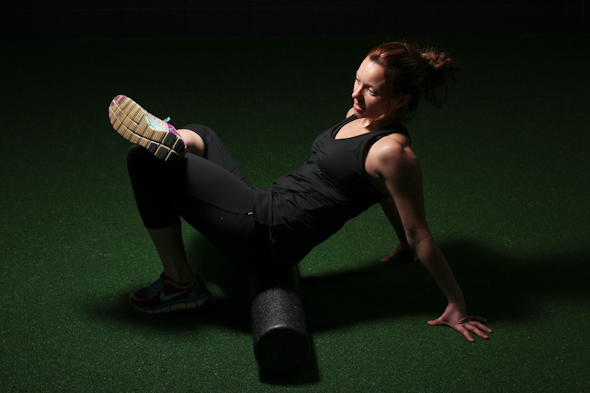 I get a lot of questions about corrective exercise.

I’m obviously known as a “corrective” guy, and I’m fine with that. Long gone are the days where I care how I’m labeled; as long as people are talking about me in a (relatively) positive light, I’m good with it.

However, I feel there are still far too many people who don’t understand the basics of what truly “corrective exercise” is.

As I go to great lengths to explain in my seminars and presentations, this just isn’t the case.

But there’s something bigger here, something deeper, more underlying, that I’d like to address today.

If you were to walk into IFAST on any given day, chances are you’d see a ton of seemingly “random” things go on.

In fact, one of our bootcamp members said something almost exactly like this to me a few weeks back.

“Why are they always doing weird stuff in there?”

I chuckled a little bit, but she made a valid point.

Firstly, any program can seem “random” if you’re not mindlessly slaving away at what most would consider “normal” exercises.

I haven’t been in a commercial gym for years, but I can tell you that most people do the same exercises over and over again: Bench presses, curls, chin-ups/pull-ups, lunges, etc.

If you’re doing work in tall or half-kneeling, doing a lot of single leg work, throwing in some hip thrusts/glute crushers, etc., from the outside looking in, that appears very random.

Little do they know, however, that this is the exact opposite of random. In fact, it’s often with a very precise and calculated directive that you’d find these people performing these exercises.

Quite simply, I don’t believe in random. I believe in focused, specific work.

More importantly, I believe in work that meets the client where they’re at and challenges them appropriately.

Poor stability? You’re going to spend more time in quadruped, tall-kneeling, half-kneeling, or even on your back or stomach to give you external stability until you can create it on your own.

So as you can see, there’s nothing random about what we do.

The bigger, underlying disagreement that I have with many when it comes to corrective exercise is in regards to the intensity of the exercise.

People assume that just because Bill and I are focused on building more resilient clients and athletes, that we don’t go hard.

Look, we’re not training 70+ pro guys in the off-season like they are over at Cressey Performance, but that doesn’t mean our clients aren’t working their assess off.

Keep in mind, the goal isn’t to just kill people without regard for the end goal.

I’m reminded of the story of an old D-3 softball player I worked with probably 10 years ago. Her softball coach decided they weren’t in good shape, so she had them perform walking lunges 2 times around the track.

Read that again. If your only goal is to smoke someone or make them walk funny the rest of the week, anyone can do that.

A real coach figures out where this specific client is at physically, and develops an appropriate program to get them moving towards their goals.

At IFAST we have “fat loss” women who are training for Olympic lifting meets, doing chin-ups and push-ups, deadlifting over 200 pounds, and all kinds of other cool stuff. Often, these women came to us because they were originally in pain, and now their mindset and goals have shifted because they’re moving and feeling better.

On the other hand, we also have guys who are squatting and pulling more than respectable weights, while typically being leaner than they ever have before.

The point I’m trying to make is simple: Everyone goes hard.

But what constitutes “hard” is vastly different from one client to the next.

In fact I would argue that appropriately administered exercises in quadruped, tall-kneeling, half-kneeling, etc. are far more challenging for many of the clients in front of you.

If they can’t turn on their glutes and obliques, and now you’re asking them to do that in every single exercise they perform, chances are they’re going to be working really hard!

At the end of the day, I couldn’t care less how the exercise programs we create look from the outside-in.

All that matters is that the client or athlete in front of you is appropriately challenged, working hard, and seeing success.

If those things are falling into line, then chances are, you’re going to have a client for a long, long time.