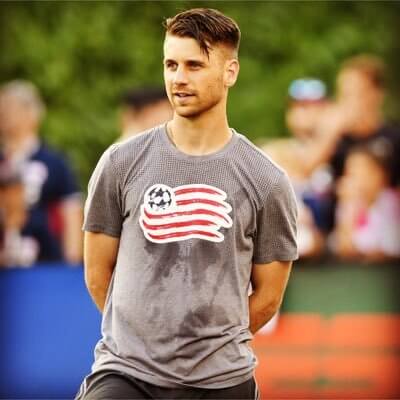 Adam Loiacono has been with the New England Revolution of the MLS since 2009. His role has evolved from a youth soccer coach to now in his 4th season as a fitness coach for both the professional and youth academy players. Previously, Adam held coaching roles in soccer and fitness at NCAA Division III schools and is currently in his final year of a Doctor of Physical Therapy degree.

Adam and I met earlier this year, when he came out to IFAST for 2 weeks to shadow and learn. Anyone that is willing to come out of their comfort zone and learn from others for an extended period of time is good in my book, but Adam is a very bright coach and someone I really enjoy chatting with.

In this show Adam and I discuss his various roles with the MLS’s New England Revolution, how he develops the young athletes in the academy system, and how to effectively monitor your athletes.

Here’s a brief overview of what we covered in this episode: