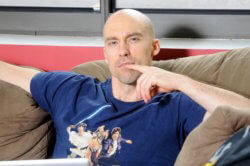 Tony Gentilcore is one of the co-founders of Cressey Sports Performance and worked there as a coach from 2007-2015. He now runs his own studio in Boston called CORE where he still trains athletes and general population clients from all walks of life. I originally met Tony all all the way back in 2006, and […] 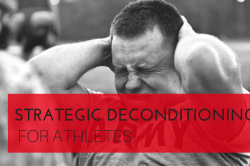 This is a guest post by Travis Hansen This particular training concept or technique was originally brought to light by Bryan Haycock. 1 I read a statement from Christian Thibadeau and I think he references its definition very well. Paraphrasing of course, Strategic Deconditioning is the improvement of our muscle cells “trainability” or responsiveness to […]

20 Ways to Decrease Stress and Anxiety

If you’ve followed my blog, writing or speaking for any extended period of time, you’ve probably seen a fundamental shift in my focus. And it’s not so much even whether I’m talking corrective exercise vs. performance training. This goes a lot deeper than that. When I first got into the industry, my sole goal in […]

A few weeks ago, Rick Kaselj hooked me up with a complimentary copy of the newly released Muscle Imblances Revealed, Upper Body edition. I was honored to contribute to the lower body version, and this is a series I hope he keeps rolling out in the future. Here are just four reasons I love webinars: […]

A great weekend in the books

It was a great weekend here in Indy. We had the privilege of having Tony Gentilcore come into town, who is probably one of the best trainers in the Boston area.  As well, Chase Karnes was someone who I had talked to from time to time online, and he came into town as well.  As […]