As I’ve mentioned numerous times in the past, I’m pretty vanilla as a coach. I want to teach my athletes to squat, hinge, push, and pull – but I want them to do so with impeccable technique. But just because I’m vanilla, doesn’t mean I’m unwilling to change. Case and point – I’m a huge […] 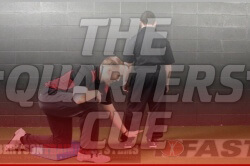 When it comes to training, I’m constantly searching for new cues that help my clients and athletes better understand how their bodies should move. For instance, for the past couple of years now I’ve been talking about feeling the whole foot when squatting, deadlifting, lunging, etc. The RDL is a particularly salient example here because […]

RTS Coaching: Hips Up on RDL’s

Like I mentioned last week, the RDL can be a very difficult lift to coach. Another common mistake I see is when athletes want to bend the knees excessively, or almost try and “squat” the weight down. Not only does it make for a terribly inefficient lift, but you fail to load the hips and […]

RTS Coaching: Chest Over the Bar on RDL’s 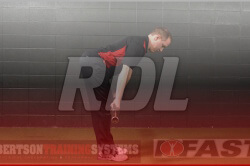 I’ve been a firm believer for years that the Romanian Deadlift, or RDL, is the most difficult lift to teach in the gym. Whether it’s poor stability patterns through the spine, failure to move through the hips, or too much knee motion, there’s just a lot going on in this seemingly simple exercise. As such, […] 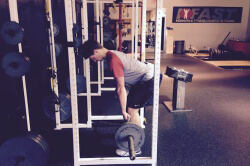 One of the key things we focus on at IFAST is feeling your feet when you train. Feeling your whole foot is critical for optimizing center of gravity, which in turn allows you to load and feel the appropriate muscles when training. I often joke that strength training is the only sport where it’s beneficial […] 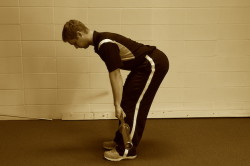 The RDL, or Romanian deadlift, is a staple exercise for Olympic lifters and athletes alike. It’s universally popular because it not only serves as a teaching tool for bigger lifts (full deadlifts, cleans, etc.), but it also builds the hamstrings and teaches people to flex and extend their hips properly. However, I will go to […]

Originally posted at www.t-nation.com The Romanian Deadlift, or RDL, is an excellent lift for developing strength and muscle mass in the posterior chain. Whether your goal is a great physique, a bigger squat or deadlift, or to run faster and jump higher, the RDL can help get you there. Unfortunately, the RDL is one of […]